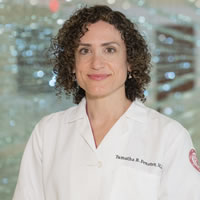 Dr. Tamatha Fenster is Assistant Professor of Obstetrics and Gynecology at Weill Cornell Medical College/New York-Presbyterian Hospital, with a subspecialty in Minimally Invasive Laparoscopic and Robotic Surgery. She currently serves as Director of Innovations and Biotechnology at the Weill Cornell Medicine Fibroid Center. She proudly serves as faculty for the Cornell Association of Women Surgeons.

Dr. Fenster received her Bachelor of Arts degree from New York University, Masters degree in Biological and Physical Science from Touro College, and MD degree from The State University of New York Health Science Center at Syracuse. Throughout her career, she has won multiple awards including induction to the prestigious peer nominated Gold Humanism Honor Society. Dr. Fenster has invented multiple medical devices and is passionate about using technology to improve healthcare.

Dr Tamatha Fenster’s first introduction into medicine was at age 10 when she sutured her father’s arm using his dental equipment after he suffered a fish tank injury. While other kids read Judy Bloom at night, Dr. Fenster read Netter’s Anatomy Textbook. She also had a deep love of art and innovation. When she was 14 she designed a magnetic book that connected to a thimble so her grandfather with arthritic fingers could turn the pages easily. By age 15, Dr. Fenster trained to be an Emergency Medical Technician and volunteered for her local ambulance corps.

This work lead to her being an EMT for the 9/11 terror attack at Ground Zero where she continued her volunteerism for 2 months treating first responders and raising thousands of dollars for respirators that she gave out to workers to protect them from harmful toxins.

In her twenties she traveled with Health Volunteers Overseas to Dhaka, Bangladesh and volunteered in a children’s hospital. Upon her return to the states, she embarked into medical school. It was there she blended her two passions of art and creativity with medicine by finding her way to the ObGyn specialty. In medical school she was nominated into the Gold Humanism Honor Society by her medical school peers.

She continued to challenge the status quo of medicine in residency with her inventions such as a novel gynecological speculum. During residency, she won 5 teaching awards, including the prestigious ACOG scholarship teaching award. From there, she was accepted into the rigorous fellowship in Minimally Invasive Surgery (MIS),  which incorporates robotic and laparoscopic surgery into women’s health care. After fellowship she joined Cornell as an Assistant Professor of Obstetrics and Gynecology at Weill Cornell Medical College/New York-Presbyterian Hospital.

While at Cornell she helped develop the Weill Cornell Fibroid Center, which integrates alternative treatments for fibroids, as well as MIS to allow women to recover expeditiously. She is currently the Director of Innovations and Biotechnology of the center. Dr. Fenster also proudly serves as faculty for the Cornell Association of Women Surgeons, where she mentors female surgeons early in their career. 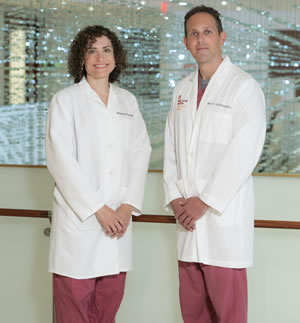 Dr. Fenster is passionate about using technology to improve healthcare and is now innovating new imaging modalities to optimize surgery. Currently, she lives in New York with her husband who is a pediatric ER doctor at a NYC hospital, and she has three wonderful children to whom she reads netter anatomy books to every night.