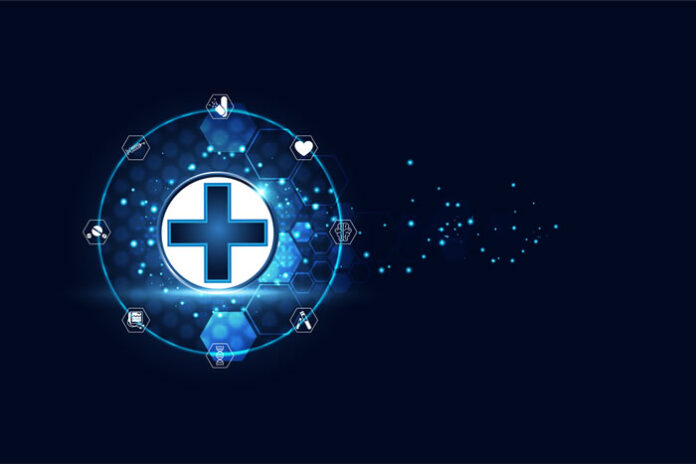 Diagnosis is crucial to providing efficacious healthcare. Let’s have a look at the history.

Hippocrates (400 BCE) was the first to systemize the process of diagnosis based on a person’s symptoms and medical history.

About 2500 years later in 1895 the X-ray was discovered by Konrad Roentgen.  With this invention, we could now watch radiation pass through the body, leaving shadows of the solid objects. This was the beginning of medical imaging and gave us a better understanding of the structure of organs and their function inside a living body.

The first medical X-ray machines were introduced just a year later in 1896. Though these machines were hazardous and required the patient to sit still for typically an hour of radiation, it was a major step towards the elimination of exploratory surgery.  There was no longer a need to operate on a patient to see what was going on; they could see it with an X-ray.

Almost in parallel, different types and even organ specific diagnostic devices were being developed.   For example, in 1887, Augustus Waller recorded the first activity from the heart. His work led to the invention of the ECG machine in 1901, which noninvasively assesses heart function.

There were also cases where all the principles were known but a technological breakthrough was required to make it happen.  In one case, though the mathematical principles of the CT scan were discovered at the beginning of the 20th century, it took decades until the first CT imaging was conducted in 1971.

In this year, inventors James Ambrose and Godfrey Hounsfield traveled 20 KM to access computational power at Electric and Music Industries (EMI’s) lab to see the images captured on a piece of magnetic tape.   Fast forward another 30 years and with the advances in computer technology, CT scans have become the workhorse of every ER in every hospital, providing doctors with critical insights.

On occasion, attributes of the molecules playing a role in physiological processes can be exploited to provide better insights. Sometimes it can be relatively simple – the differences in oxygen saturated blood color were used to invent the noninvasive 02 saturation meter by Karl Matthess in 1935.

In contrast to straight forward diagnostics, inferring complex physiological mechanisms in a non-invasive way may rely on non-trivial principles.  For example, in 1985, Andre Merboldt discovered the MRI characteristics of water molecule diffusion in elongated fiber structures and was able to map and image the tractography of nerve pathways in the brain and spinal cord.  Another example would be the fMRI invented by Seiji Ogawa in 1991. Here, the magnetic properties of hemoglobin enabled imaging of brain activity in real time.

Real time imaging also enabled peripheral intervention. The number of open surgeries dropped once catheters could be used to navigate blood vessels safely and effectively and arrive at the point of intervention.

When broadly looking at diagnostics, the safe and minimally, or non, invasive imaging of the structure and function of organs changed medicine and transformed healthcare.

Given these modalities more efficacious drugs can be administered and invasive interventions can either be circumvented or minimized, resulting in better outcomes, safer treatment, shorter hospitalizations, and less resources required from the healthcare system.

However, not everything has been solved. While structure and organ level function diagnostics have advanced, tissue level processes remain elusive.

Inflammation begins almost immediately thereafter. It controls bleeding, which prevents infection in addition to removing damaged cells, bacteria and pathogens from the area.

Inflammation is a normal and natural part of wound healing. What comes next is the proliferative stage, where the wound is rebuilt with new tissue made of collagen and an extracellular matrix.

Then finally, the temporary tissue is replaced with normal tissue that fully closes the wound.

Yes, this process is long, complicated, and difficult to monitor. That said, it is extremely necessary, like after a digestive tract surgery, which more than 4 million people undergo annually. Why? Up to 10% of these patients develop a complication called an anastomotic leak.  This complication is a result of the surgery area not healing well and as a result, the contents of the colon leak into the abdominal cavity. This grave complication is usually detected after it is too late to fix and causes 20%-40% of the patients developing this complication to die.

If we had a diagnostic device capable of monitoring tissue healing, we could circumvent this severe post-surgical complication.

The future is evolving

There is currently no solution capable of local post-operative healing monitoring. However, we may soon witness the next step in the evolution of diagnostic technologies. Implantable resorbable sensors are beginning to emerge and providing long-term internal insights of tissue level processes.

Some of these sensors monitor temperature or pressure and enable better monitoring of healing following brain or orthopedic surgeries. Exero Medical, in particular, is currently developing a sensor to monitor the healing of a surgical site immediately following an operation.

The technology records tissue signals that tell us about the status of inflammation, blood supply and tissue function, and as such help to determine if the patient is healing or perhaps developing a complication.

This capability to translate healing into tangible data aligns with recent progress in data collection and artificial intelligence data analysis. Diagnostic technologies, like Exero Medical’s xBar for tissue healing monitoring, are now in development to reshape the landscape of post-operative monitoring.

How to Optimize Your Healthcare Practice with Technology Solutions

What Are the Steps of a Clinical Research Trial?