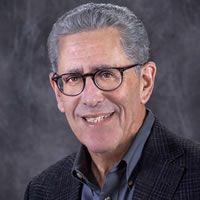 Steve Shwartz is the author of “Evil Robots, Killer Computers, and Other Myths: The Truth About AI and the Future of Humanity” to be published later this year by Fast Company Press and “Applied Natural Language Processing” that was published in 1987. He also maintains a website, Air Perspectives that contains a free 400-page AI Handbook.

Steve started his career working with Roger Schank as a postdoc in the Yale University Artificial Lab. In Steve helped Roger start one of the first AI companies, Cognitive Systems, which progressed to a public offering in 1986. Steve then started Esperant which produced one of the leading Business Intelligence products of the 1990s. As the AI Winter of the 1990s set in, Steve transitioned into a career as a successful serial software entrepreneur and investor and created several companies that were either acquired or had a public offering.

The recent wave of success in AI has rekindled Steve’s interest in AI. He uses his unique perspective as an early AI researcher and statistician to both explain how AI works in simple terms, to explain why people shouldn’t worry about intelligent robots taking over the world, and to explain the steps we need to take as a society to minimize the negative impacts of AI and maximize the positive impacts.