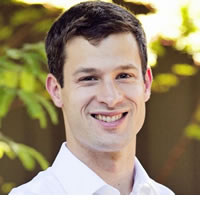 Spence Green is Lilt’s Co-Founder and CEO, working on machine-assistance language translation. Prior to founding Lilt in 2015, Spence served as a fellow at XSeed Capital, a software and research intern at Google, where he worked on Google Translate and developed a shallow syntactic language model for improving the English to Arabic translation. He was also a research intern at Johns Hopkins University and as a technical lead, project manager and software engineer at Northrop Grumman, where he worked on various large projects including a national air defense system and avionics packages for naval aircraft.

Spence Green graduated with highest distinction from the University of Virginia with a bachelor’s degree in computer engineering. He also earned both a master’s degree with a distinction in research and a PhD in computer science from Stanford University. His research area is the intersection of natural language processing and human-computer interaction.