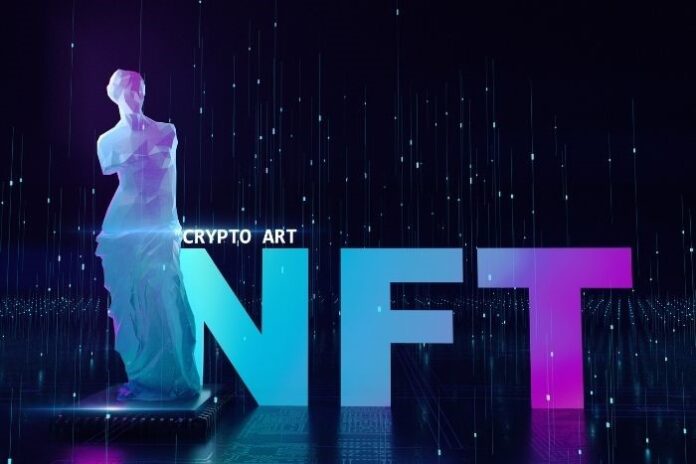 The purpose of non-fungible tokens is lost on the less technically-minded who are still trying to get up to speed on cryptocurrency. It can be difficult to explain the appeal of digital assets that exist only online and are going for millions of dollars. Luckily, the celebrities who have jumped on the NFT bandwagon are providing examples of how they’ve profited from the phenomenon.

Many businesses can benefit from NFTs. The initial concerns aren’t actually problems, and end up bringing about more success. In March 2021, a digital artwork by the artist Beeple sold at the legendary Christie’s auction house… for $69 million. There’s money to be made, and a diverse array of celebrities are paving the way and generating publicity.

To be fair, it seems as though Captain Kirk was driving the bandwagon while other celebs were still on the phone with their managers. Way back in July 2020, the 90-year-old sold packs of digital trading cards for $25 each. They sold out in nine minutes. The cards illustrated everything from a hug with Leonard Nimoy to one of Shatner’s teeth X-rays. Now, the cards are reselling for as high as $6,800.

This entry is particularly fascinating, as the original celebutante has come out as a tech-head. The champion of all things cryptocurrency says she’s obsessed with NFTs as the future of art. Inspired, last August she drew a picture of her cat Munchkin on her iPad and auctioned it off for $17,000. The proceeds went to charity.

The football legend went the trading card route, creating collectibles with in-game shots of him during championship games. He also sold a one-of-a-kind token collage—throwing in an invite to his next beach party. Altogether, he raised $1.8 million.

The band is pioneering musical NFTs, launching their latest album, “When You See Yourself,” in tokenized form. A $50 purchase includes digital downloads, moving album covers, concert tickets, and a vinyl copy. The album is available in traditional formats, too.

The laid-back rapper is another celebrity who has jumped on the NFT bandwagon as a new way to connect with his fans. He auctioned a collection called “A Journey With the Dogg.” He offered an original track, artwork, memories of his early years, and a twist on Dogecoin called Snoop Dogg Coins. One piece titled “Death Row” earned him $108,000.

The retired skateboarder has partnered with platform Ethernity Chain to create an NFT of one of his greatest moments. He’ll be offering video of the last time he performed a 540-degree ollie trick on a halfpipe. Since he’s now 52, he’ll devote less time to skating and more time to expanding on his video game franchise and other ventures. No date has been announced for the auction.

The Obvious Flaws in the World of Crypto in the Eye...