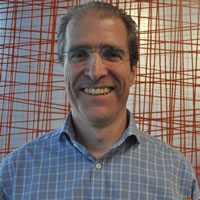 Roger Sands is a Co-Founder and CEO of Wyebot, Inc. Roger has 17 years of executive management positions in successful networking startups and Fortune 500 companies. Prior to Wyebot, Roger was the Business Line Manager for Hewlett-Packard’s WW WLAN business growing it from #6 to #2 market share. Roger joined HP via the acquisition of Colubris Networks, a wireless startup where he held a number of executive positions including co-CEO and was instrumental in the HP acquisition.

Prior to Colubris, he was a GM at Accton Technology founding the enterprise wireless business and building it to #3 market share via 6 strategic partnerships. Roger also held senior management positions at 3com, USRobotics and Bytex Corporation.

Roger holds a Masters and Bachelors in Electrical Engineering at Northeastern University.