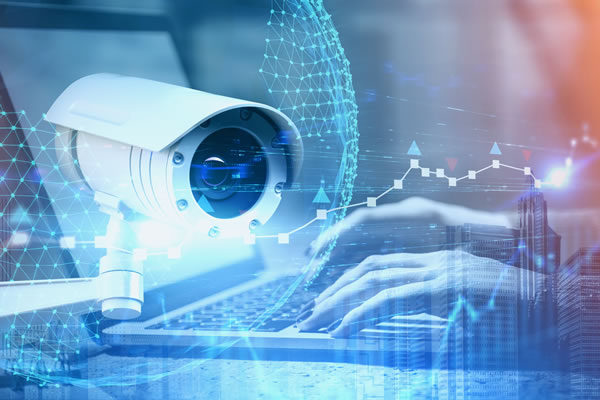 The world is increasingly awash in connected, “smart” devices. The phenomenon — often termed the “Internet of Things” or IoT — began with simple tools like Chromecast or personal digital assistants like Amazon’s Alexa. Now it has grown to the point that nearly every device we use in our daily lives is, or is on the verge of being, electronically connected to all the others in a vast web of convenience. Innovations that seemed wildly futuristic just a few years ago are now part of our homes, our cities, and our supply chains.

What people often fail to consider are the risks that come with all this interconnectedness. The stakes are higher when it’s the family car, rather than a credit card, that’s hacked. Fortunately, there is a way to build not just an Internet of Things, but an Internet of Trusted Things.

The answer lies in the blockchain. My company, IoTeX, is developing the infrastructure to support a universe of connected, trusted smart devices, using decentralized blockchains as a foundation. Ultimately, this combination of connection and decentralization can move us toward a connected future that is both convenient and private.

The Internet of Things indisputably injects our world with new levels of convenience and possibility. And it is growing rapidly. Amazon can now deliver packages to your door by aerial drone. Uber and Lyft continue to roll out new fleets of driverless vehicles. Connected smart devices have already made life easier in innumerable ways. Digital assistants can tell us the weather, set our alarms, call our friends and schedule deliveries. Robots clean our homes. In many ways, The Jetsons is our lived reality.

But the IoT must be implemented carefully, with an eye toward building a world that’s not just easier but safer than today. Right now the pace of innovation in connected devices risks outstripping our ability to protect ourselves on this new frontier of connectedness. Smart devices are just as susceptible to failure, to leaking our personal information to third parties, or to being hacked as anything else that travels over the Internet. Already there have been alarming stories such as that of an 8-year-old girl who was taunted in her own home by someone who had hacked into her family’s Ring camera.

Encryption is often held up as a solution to these risks. But what do we mean when we talk about encryption? The fact is that there is no universal standard for defining, much less evaluating, the process. There is no FDA, no SEC, for encryption. The term has become akin to “organic” food: everyone believes it provides a benefit, but few understand what it actually means.

This is the reality that leads to groups like Amazon and Apple — and even clearly privacy-compromised services such as WeChat — claiming “end-to-end encryption.” It sounds good, but under the hood it’s likely that your information isn’t as secure as you’d like. Your “encrypted” devices and networks may still be sharing your sensitive information across the Internet, and you may still be vulnerable to hackers.

The good news is that we can design our smart devices, and the networks that support them, to center privacy and security. We have the technology to ensure a device’s owner, rather than the businesses producing the product and operating its digital infrastructure, has control over the data that is produced. We can do this using blockchain technology to decentralize the way these devices operate and communicate.

Blockchains are distributed networks that operate by consensus. Rather than a single entity — such as an Amazon or a Google — controlling the flow of information and the data generated by devices, blockchains require multiple different “nodes” to agree on each process. The technology offers innovations such as “zero-knowledge,” whereby the truth of a statement can be confirmed without its details being shared. This is analogous to a bartender being able to verify that a person is of legal drinking age without seeing their actual birthday or other personal details. Through capabilities like these, blockchains can enable the smart device functionality that promises to make life more convenient — without compromising user privacy.

At IoTeX, we’ve developed Ucam, the world’s first absolutely private home security camera. Unlike other smart home cameras, Ucam uses end-to-end encryption together with blockchain technology to ensure the data it transmits is fully private. Access to the device and its information is secured by an uncrackable 256-bit private key, which is exclusively owned by the user. The more devices follow Ucam’s lead, the safer the connected world will be.

The Internet of Things is still nascent. Decisions made now will have an enormous impact on how we live our lives one, five, or 20 years in the future. Fortunately, we have the technology to build an Internet of Trusted Things, starting now, from the ground up. If we do this carefully and thoughtfully, incorporating privacy-protecting solutions such as blockchain, we can set ourselves up for a safer, smarter, more connected future.

Top Cybersecurity Trends for Fintech in 2022