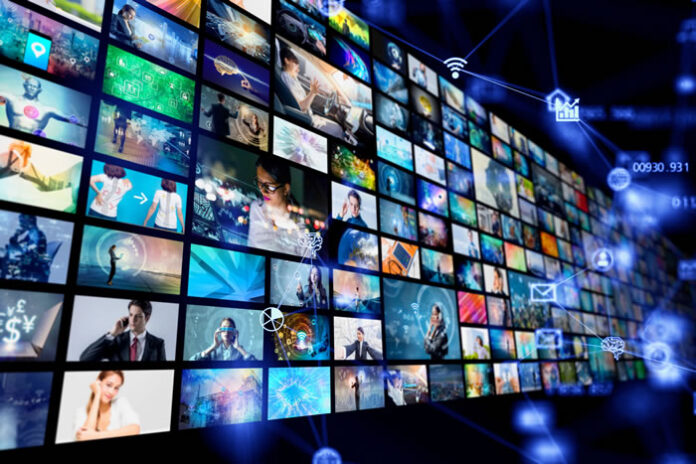 By 2025, eighteen years after Netflix became the first company to stream content into people’s homes, the expected global value of the Over-The-Top (OTT) market is expected to exceed $167B and reach two billion subscribers. These subscribers have access to hundreds of OTT and various flavors of Video-on-Demand (VOD) providers, serving dozens of countries and territories. While most enterprises focus on the sales value, they overlook what these two billion consumers are looking for – content.

According to IMDbPro, an average of 356,781 titles were released across the globe over the last five years. That’s a total of 1.8 million films, TV shows, shorts, and other video content in search of distribution deals and a lot of content consumers now must sort through to find something to watch. However, just because a film or TV show gets produced doesn’t mean international distribution is a sure thing. Deciding –to- distribute internationally may be the easiest part of exhibiting content worldwide.

International content distribution is very complex and creators must answer some basic questions and overcome several challenges before they have any hope of getting their content into international homes. These questions include:

Each of these are important business decisions and navigating them requires some level of expertise or forethought. At the end of the day, however, the objective is to distribute content, attract viewers, and make money. Getting any one of these challenges wrong could greatly threaten a company’s ability to profit from entering new markets or undermine its brand.

The key to obtaining permission to exhibit content in another country is obtaining an appropriate age rating from the country’s governmental regulatory or censorship authority or from a commercial provider such as Spherex. This is analogous to obtaining an MPAA rating for content released in the U.S., e.g., G, PG, PG-13, or R, with the exception that these regulators can literally ban your content from their country if they find any part of it objectionable. Just because your film may have obtained a PG rating from the MPAA, it doesn’t mean the content is a shoo-in for acceptable age ratings in other countries. Getting the rating wrong can significantly impact box office. Here’s an example.

The popular 2012 film “Hunger Games” obtained an MPAA rating of PG-13. If content providers didn’t understand cultural sensitivities and wanted to market the film in Germany, they could simply assign an equivalency rating of FSK16, when the appropriate rating should be FSK12 based on cultural differences between the U.S. and Germany. This guess, in effect, would rate the content too high and preclude 2.6 million youth in Germany from seeing the film. Given the average cost of a movie ticket in Germany is $10, that’s a potential box office loss of $26M. On the other hand, too low a rating, as in the case of rating the film a “12” in Brazil, could put the content provider in legal jeopardy for exposing young children to culturally unacceptable content, such as violence.

Several of the top 20 film markets in the world have cultural sensitivities that can seriously impact content. Issues like drug addiction, rape, child abuse, sexual assault, and suicide are perceived differently in many cultures, and the context around these events must be taken into consideration. Suicide, for example, is treated differently in film in the US, UK, New Zealand, Denmark, and Japan. How it is portrayed matters. Is it a primary theme of the story and does it involve the main character? How is it depicted in the film? Is it detailed, realistic, can it be imitated? Without a full understanding of these cultural factors, content providers can make mistakes that directly impact markets and revenue.

Besides the hit on revenue, penalties for ignoring these risks include take-down notices, monetary sanctions, legal sanctions, bad press, negative brand and business impact, and even imprisonment. It pays to recognize cultural sensitivities and respect the regulatory process and the potential impact it has on content distribution and monetization. Getting it wrong can have serious consequences.

With over 356,000 new titles being released every year, the competition for content placement on the top VOD and OTT platforms will be fierce. Whether it’s one title or 100 titles that are targeted for international release, without exception, every single title requires an in-country rating and that requires an appropriate and professional cultural review to ensure the rating your content receives is appropriate for the country and for the audience you want to reach. With over 20M movies and television series listings in 200+ territories worldwide on over 50 platforms in 45 languages, Spherex can get your content to market efficiently, cost-effectively, and correctly.

Knowledge Management of the Future: Linking Humans and AI