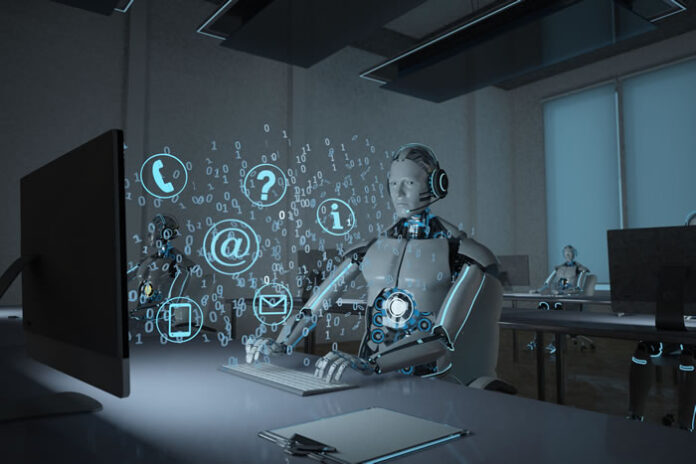 Why? There are too many stories like this one about a 3-month-old baby who died in Florida. The baby’s parents frantically called 911 on New Year’s Day when their baby stopped breathing and turned blue. No one answered.

Staffing 911 and 311 phone lines is a critical challenge, especially since the pandemic. We have all read how people have left jobs in droves in the “Great Resignation.” Most of the jobs changing have been a Great Reallocation of the workforce to positions with more meaning. Yet, what job is more meaningful than a 911 operator – people who are a lifeline to a lifeline of firefighters, ambulances – and caretakers for our society.

These dedicated workers are being pushed to the brink. 911 call centers are short-staffed. Most new hires don’t stay. The job often requires 16-hour shifts versus the regular 12 hours. Subsequently, 911 and 311 operators are fracturing under pressure.

However, AI can help mend this broken 911 lifeline because the first task of 911 operators is to discern if a call is a true emergency. A typical example is Onondaga County which encompasses Syracuse, NY. In explaining what happens when a resident dials 911 – the county’s information sheet states:

AI voice implementation is starting to alleviate 911 operators’ burden of managing “non-emergency” calls in California, Oregon, and Texas. Each of these municipalities faces staffing shortages. Austin, Texas, for example, has 50 vacancies and is operating at only 70 percent of operational staff, and the city of Portland, Oregon, has a staffing shortage with just 111 of 131 positions filled.

San Jose, California, is proving to be the starting model for reducing 911 call times using AI voice. In the past year, it added Google’s Dialogflow AI-based virtual agent to route incoming calls to the proper channel. As a result, it freed up human call takers for more complex requests.

AI has become a touchpoint for high-volume calls and responds to simple questions. Further, between 16 and 17 percent of San Jose’s residents have limited English proficiency. Arti Tangri, a data architect in the IT department, noted that in their work on the 311 project, there is real-time translation for requests in two languages, with the potential to add other languages.

Kia O’Hara, program manager for the SJ 311 Customer Contact Center, said, “We’re never going to lose our human touch.” The critical point is that AI is effective but does have limitations. It is still not a human who can help and console those in need.

In Portland, according to 911 Director Bob Cozzie of its Bureau of Emergency Communications (BOEC), the city plans to install an AI-based service, Versaterm’s Case Service. Beta testing will commence by July 1, running through the end of 2022. After testing, the city will evaluate if Case Service can be the first touchpoint for non-emergency calls, as the city establishes a 311 program. To date, the city’s call takers answer both emergency and non-emergency calls. The hope is that 311 will use the technology for all non-emergency calls, with AI directly answering questions or transferring callers to live operators.

In Austin, Texas, “Lt. Ken Murphy, head of Austin Police Department’s (APD) communication division. Murphy said, “The AI-integrated technology is really a virtual officer.” AI could ask everything an officer would be able to ask. The APD believes an ‘AI officer’ could help streamline the law enforcement process with this technology.

In related applications of AI for screening for law enforcement, it is being used to report on compliance with racial profiling statutes and to identify the location and timing of gunfire within 60 seconds.

Veritone provides software in use right now by 100+ police agencies to comply with California’s AB 953 Racial Identity and Profiling Act, aimed to eliminate racial and identity profiling and improve diversity and racial and identity sensitivity in law enforcement. Similar legislation has passed in Texas, North Carolina, and Illinois and is pending in Alabama. Under the legislation, officers must report to the California Attorney General data on all stops annually. The AI solution, in this instance, reduces data collection and review time by 50-75% compared to the solution provided by the California DOJ.

ShotSpotter leverages hardware to isolate gunfire in urban cities–enabling ML models to automate the tracking and response in 60 seconds. It alleviates the need for a potential crime to be phoned in by citizens to create a police or medical service reaction.

These implementations are promising, but the need is pressing. Humans have limitations. Cities and companies have budget constraints. None of us ever want to hear about a child or anyone dying because our local municipality didn’t invest in resourcing 911. Waiting is not an option.

Security and the Future of Synthetic Media

The Paradigm Shift That Will Power a New Era of AI...