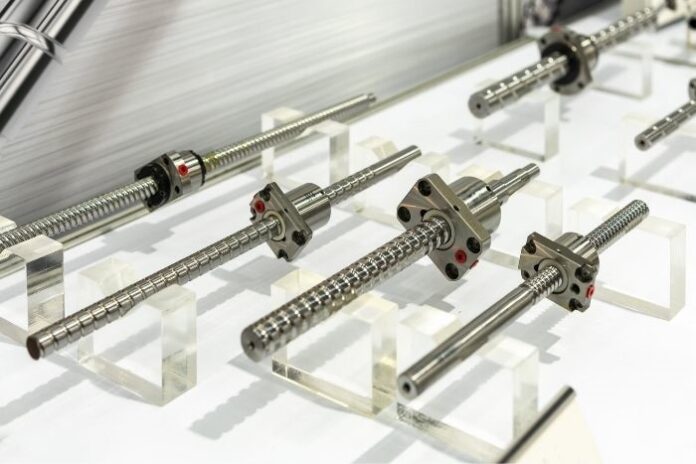 In recent years, 3D printing has become increasingly popular and ubiquitous in our society. 3D printing is a complex technology, and many different methods exist. One of these methods involves the use of a ball screw in the drive train of the printer. In this article, we’ll explain how ball screws are used in 3D printing.

What Is 3D Printing?

3D printing, also known as additive manufacturing, is the process of creating physical 3D objects from a digital model. 3D printers create these objects by adding material, layer by layer, to eventually create the completed shape of the object. 3D printing can be used to make prototypes, models, and many other small objects at a lower cost using less material than other manufacturing methods.

3D printers operate using linear drive technology, in which a power source operates an attached drive train, which in turn moves a coupled device. Most commonly, 3D printers use belt drives, but some 3D printers use a ball screw or lead screw drive rather than a belt. In a printer with a screw drive train, the motor turns the shaft of the screw and the carriage of the printer, which is attached to the nut of the screw assembly, moves either toward or away from the motor in response to the shaft’s rotation.

Benefits of Using a Ball Screw

But why use a ball screw drive rather than a belt drive or a lead screw drive? Screw drives are known to have more accurate, repeatable, and overall better performance than belt drives. This allows 3D printers with screw drives to operate more precisely and create higher quality parts than other types of 3D printers. In contrast to lead screws, ball screws have ball bearings between the shaft and nut of the screw system, reducing friction and giving them the advantage of 90% efficiency to a lead screw’s 20-80%. Several other factors need to be considered when choosing a ball screw, so if you’ll be using one in your 3D printer, know how to select the right ball screw assembly for your machine. Now that you know how ball screws are used in 3D printing, you’ll be able to understand the advantages of using one in a 3D printer’s drive train. Next time you’re working on a 3D printing project, experiment with a machine that uses a screw drive train and experience the difference.

3D Printing: The Technology That Will Change the Way You Live