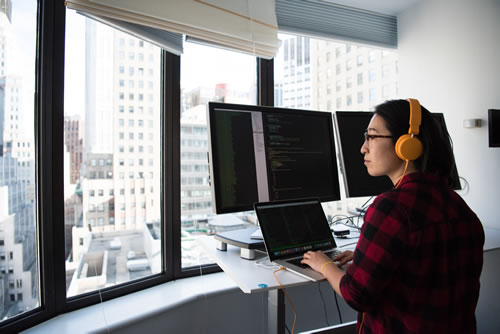 STEM stands for science, technology, engineering and math. This core set of so-called “21st-century skills” form the tools students will need to have if they want to succeed in the workplace of the future. In this ever-changing, increasingly complex world, it’s more critical than ever that the youth of our country are prepared to bring knowledge and skills to solve problems of all kinds, make sense of information, know how to gather and evaluate evidence, and be able to use that evidence to make critical decisions.

STEM ensures a nation where our future leaders, neighbors, and workers know how to understand and solve some of the most complex challenges of today and tomorrow, as they continue to meet the demands of a dynamic and evolving workforce. The U. S. Department of Commerce states that STEM occupations are growing at a rate of 17 percent, while other occupations are growing closer to nine percent. STEM degree holders tend to have a higher income even in non-STEM careers. Students and workers skilled in STEM play a key role in the sustained growth and stability of this country’s economy, and remain a vital part of helping the United States win the future.   In short, STEM education creates critical thinkers, increases science literacy, and fuels the next generation of innovators.

Why STEM is Important for Both Sexes

STEM education is inherently designed to prepare both girls and boys for a future where most jobs will require a basic understanding of math and science, and where advanced skills will be critical. Children of both sexes will be needed in order to use the technology that powers the world.

STEM is important for both boys and girls for these reasons:

Why STEM is Especially Important for Girls

STEM careers have a stigma as male-dominated fields. Yet for the first time in history, girls are exceeding their male classmates in both science and math. They are showing an even greater aptitude for the STEM classes, challenging that very stigma every single day. Girls who major in STEM go on to become CEOs of companies, leaders of industry and respected professionals — no longer titles reserved just for men.

Diversity in the STEM work force has come a long way. As our country has rapidly transformed into an information-based economy, employment in STEM occupations has grown – indeed outpacing overall job growth. Since 1990, STEM employment has grown 79 percent and computer jobs have seen a 338 percent increase during the same period, according to Pew Research Center.

Women make up half of all U.S. workers in STEM occupations, accounting for the majority of healthcare practitioners and technicians yet underrepresented in many other STEM occupational clusters, particularly jobs in engineering and computers. Women in STEM occupations are paid less than men who work in STEM. Median earnings for full-time females was $61,000 in 2016, compared with men at $84,000. The earnings gap between women and men is wider in the STEM workforce than it is in non-STEM occupations.

Indeed, a career in STEM offers so much for today’s girls, mainly the opportunity to shape our world and job stability in an increasingly tech-focused marketplace.

The biggest problems that must be solved – from addressing climate change and renewable energy to drought and curing cancers – requires a combination of hard and soft skills. These are among the most meaningful, relevant, and creative challenges people can dedicate their lives to working on. As such, we need talented young people, both girls and boys, and from a variety of backgrounds, to work with and ultimately solve these problems.

America consistently ranks poorly when compared with its global classmates in STEM subjects, placing 17th in science and 25th in math out of 31 countries. And only 18 percent of high school seniors perform at or above proficiency in science. This has forced American educators and policy makers to re-evaluate where we stand in an evolving STEM world.

Beyond the classroom, there are 8.6 million STEM jobs, representing six percent of U.S. employment. Computer occupations comprised about 45 percent of STEM employment, with engineers comprising an additional 19 percent. We have been falling behind the rest of the world when it comes to innovation, with the U.S. losing jobs as more companies hire overseas workers for STEM projects.

In conclusion, to get, and keep, more women in the STEM fields, we must show girls that STEM careers align with their interests, values, and desires to make an impact, points out Forbes. The most efficient and scalable way to go about this is to integrate real-world relevance into school so that those girls can grow up to pull equal weight with their male counterparts in changing the world.

How Women Bring More Value to the Boardroom

How to Be Your Most Productive You