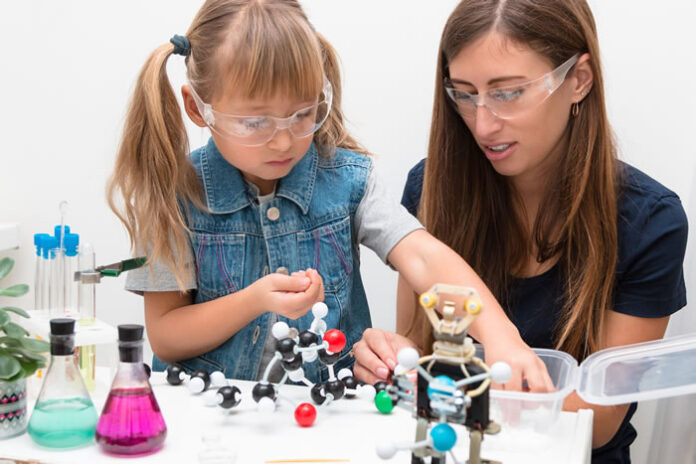 This past summer, Mattel – makers of ‘Barbie’ – announced a line of six prominent, minority STEM leaders from around the globe who were in the frontline in the fight against Covid-19. This announcement made significant strides in positively changing the perception of under-represented groups in studying and pursuing STEM careers. Mattel’s new dolls all share one commonality – each personifies a woman who has made an incredible impact in a male-dominated career. Thus the importance of transforming Barbie models into real women in STEM careers.

The dolls’ are modelled after leaders such as Dr. Audrey Sue L. Cruz, an internist in California; Emergency Room Nurse Amy O’Sullivan of Brooklyn; Chicka Stacy Oriuwa, a Canadian physician and advocate against racism in healthcare; and British Vaccinologist Professor Dame Sarah Gilbert, who took center stage as the co-creator of the world’s most distributed Covid-19 vaccine, AstraZeneca.

These dolls demonstrated the massive strides that Barbie’s persona has undergone over the last six decades. An influential and formative part of girls’ playtimes worldwide, many of the most popular Barbie models embodied stereotypical job roles for women – like Cabin Crew Barbie or Secretary Barbie.

In reality, Barbie has had over 200 careers since her inception in 1959. After the first glamourous doll launch, the teen Fashion Model, the makers quickly developed new Barbie designs that were synonymous with aspirational roles for women in those days. In the 1960s, Astronaut Barbie arrived four years before man stepped on the moon. In the 1980s, she became a CEO with Day to Night Barbie when few women held places in the boardroom, and in the 1990s she ran for president before female candidates had ever made it to the US ballot. While we have yet to see a female US President, Barbie’s career choices certainly seem to be forerunners in changing the workplace and breaking through glass ceilings.

In the realm of STEM, Barbie has already held a career as a Computer Engineer in 2010, which was voted on and selected by the US public through an online poll. But this new Barbie launch is the first time Mattel has modelled Barbie dolls after prominent female trailblazers in STEM who are using their skills to solve the most pressing crisis in generations.

Mattel shines a light on role model success as it encourages and inspires under-represented girls from all backgrounds to pursue careers they had previously never heard of before. Gilbert noted, “I’m passionate about inspiring the next generation of girls into STEM careers and hope that children who see my Barbie will realize how vital careers in science are to help the world around us.”¹

But do these dolls encourage more girls to pursue STEM education and careers at advanced levels? To understand the impact of the new dolls, you first have to acknowledge the extraordinary accomplishment of Gilbert herself, who, within the space of two weeks, led the team that designed the vaccine producing 2 billion vaccines worldwide in 2021 alone. The impact of the vaccine, and Gilbert, will be forever etched in history – the same way that children learn of Marie Curie’s advances in finding the cure for cancer.

While Mattel’s recognition of Gilbert’s contribution in bringing an end to the pandemic is commendable, studies from former Barbie doll launches show that the ripple effect takes around ten years before STEM leaders of tomorrow will attend college, and even longer before they enter the workforce. In the U.S., women make up about 47% of the workforce, yet in science, technology, engineering, and mathematics fields, they make up only 29% of the labor force. Representation becomes scarcer still in the boardroom where just 19% of STEM board members are women.

It’s important to note the breakdown of women studying STEM subjects. In high school, boy:girl ratios are relatively equal; however, by the first year of college, the gender gap emerges in male:female students who choose to major in STEM-related subjects. The choices made at this point directly reflect diversity in the overall US STEM labor² workplace.

For the past 20 years, women’s share of STEM degrees has remained constant at 36%, despite the STEM industry rapidly growing with more significant roles and innovative jobs. The percentage of women completing computer and information science courses has fallen by 10% since 1990, yet this sector has seen the fastest growth in employment opportunities. Knowing this, tech companies need far more females to join their ranks to solve the most pressing challenges of the day.  Further research is required to understand and address the drop-off at the college level and women’s reluctance to enter into tech and computer science.

Girls’ perceptions of STEM careers start forming long before the first day of school during preschool playtime. The narrative needs to change to help inspire girls to channel their intelligence, modernity, innovation, and influence through science and technology problem-solving. Mattel shining the light on six of the most recent STEM role models can only help to reinforce the accomplishments and rewards in STEM.

But we need to keep pushing harder to continue engaging young women to pursue careers in this field. For example, age-appropriate tech for playtime and access to these toys is important, regardless of background or affordability.

This narrative doesn’t stop at dolls – at Park Place Technologies, we partnered with I Wish’s TechForGood₃ program that donates laptops to girls who are unable to access IT throughout the pandemic and beyond, with the objective that no girl should be left behind.

So, just as Surgeon Barbie paved the way as one of the first female consultants in the operating room in the ’70s, each of us has a responsibility to continue encouraging increased diversity in the workplace. With the new STEM Barbies, we have six aspirational role models who, through play, will continue their formative influence on girls for many years down the line. Let’s hope that Mattel produces many more.

Why Women in Tech are Building a Better Tomorrow