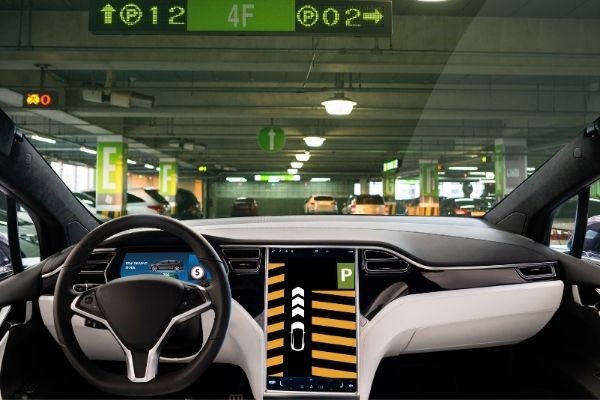 We can be proud of today’s auto innovations. Bentley has announced that its cars will be fully electric by 2030. Mercedes has given luxury drivers ambient lighting that slowly changes color. And Elon Musk, who makes many promises, has already come through with Tesla’s Emissions Testing Mode; it’s an elegant name for its library of fart sounds, and it’s free.

Is there anything left to achieve in automobile excellence? That’s an emphatic yes. There are a ton of safety advances that will make roads safer than ever, but the coolest car technology in our future prioritizes space-age fun.

Those of us who are still captivated by Tom Cruise waving around virtual computer screens in “Minority Report” are pretty excited about BMW’s 3D gesturing tech. Owners can already answer phone calls and adjust sound volume with a flick of the wrist. BMW says it cuts down on accidents by allowing drivers to keep their eyes on the road, but many are waiting for the time cars can completely drive themselves. Then, they can take full advantage of gesture technology to, for instance, mix cocktails.

One of Tesla’s goals is to combine two big trends: automated cars and side hustles. Then owners can send their Teslas out when they’re not driving them to earn a little cash as Robotaxis. This is a hopeful sign for the next generation, who may be able to rent a Cybertruck for prom instead of a white limo.

Self-driving cars are cool, but there’s something even better: vehicular valets. Cars can already park themselves, but what drivers really need are cars that can search for parking spaces. Using “vehicle-to-infrastructure communication” with sensors, Ford already demonstrated its developing system in Detroit in August. What’s next? Ideally, automated valets that can flatten other self-driving cars that try to steal parking spots.

Auto Trader consulted with a futurologist named Tom Cheesewright to imagine what cars will be like in 2050. They concluded they would be shaped like pods, with the ability to change exterior “digital paint”—and even the style—with the tap of an app. Their report also predicted that the voice-activated vehicle would be spacious enough inside to play board games with family members, because even the coolest car technology in our future can’t compete with the enduring appeal of Scrabble.

The Suns Are Great But So is Phoenix’s Tech Scene