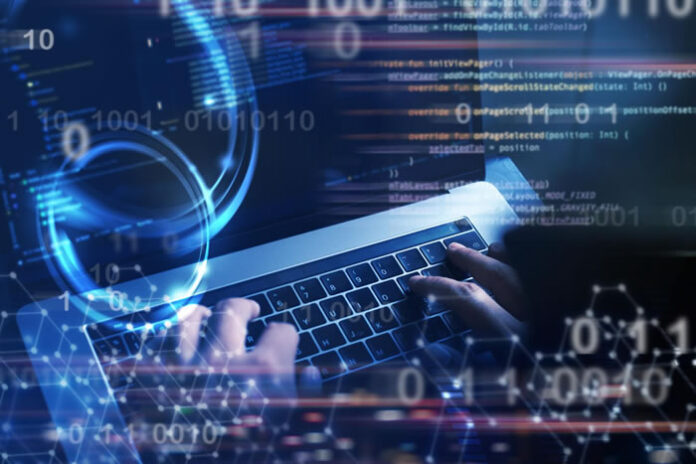 Marc Andreessen coined the famous phrase “why software is eating the world” back in 2011. Over 10 years later, the point argued in his Op-Ed has materialized. Every company needs software, whether to thrive, remain competitive, or be innovative. Even traditionally hardware companies have realized that revenue from software can be exponentially higher, and why companies need to invest in software.

Take Apple as an example. Apple first manufactured desktop computers and later obtained much of the laptop market, but the Apple iPhone is what made them as popular as they are today. The hardware itself performs the same function as any smartphone, but Apple’s iOS operating system and the apps that run on the device are what make it stand out as a superior product for users.

Several hardware companies have also found success in bundling software with their products and offering their customers an additional service. A few of these companies, such as Apple, Vizio, and Netgear (to name a few), found that investing in software has a large positive impact on corporate revenue. Even if the applications are offered for free, they can have a profound effect on customer interest and satisfaction and indirectly increase revenue.

Software included in hardware packaging makes products more attractive to the average customer, especially in home automation and electronics. Years ago, networking equipment required command-line access to hardware where only experienced users could understand how to configure the device. Now, home networking equipment comes with browser-based dashboards and controls to make it easier for the average user to build their own home network environment.

Modern automobiles run on computerized equipment, but they also include several software packages to improve user experience. Touchscreens offer apps for weather, music, GPS, vehicle controls, and many other features. Manufacturers with better controls and apps can attract more consumers and improve their competitiveness.

Netgear has long been a manufacturer of wireless technology such as routers, modems, bridges, and controllers. Netgear later added Arlo wireless security cameras to its product line. Most users buy security cameras and do not replace them unless they break, so selling hardware alone limits revenue potential. To promote recurring revenue, Arlo offers security plans allowing users to remotely monitor and control security cameras from their smartphones.

Another example is Peloton. Peloton also realized its limited revenue in a competitive exercise industry. Exercise equipment is a one-time sale that limits revenue potential. However, with the Peloton software and monthly exercise subscription, Peloton adds recurring revenue to the organization. Its popularity in the exercise market can largely be attributed to its subscription service offered to only Peloton equipment buyers.

Build out data/enterprise backend for analytics or sales use

Customer data provides an enormous amount of insight. Artificial intelligence and other sophisticated analytics can infer future customer buying habits, predict popular products, and give corporations ways to optimize their sales and marketing. Even with algorithms, you need software to provide visual output to analysts. In the last several years, companies have found value in analytics tools that provide insights for improved sales potential and future revenue performance. As an example, Intel partners with Google Cloud Platform to provide analytics and visualization to biologists in genomics.

Margins are higher in software

Although gross hardware sales are billions every year, profit margins are small compared to software. Hardware companies need to make enough profit to then reinvest in future research and development. These companies must continually invest in the latest hardware or become outdated and lose customer interest. Hardware sales are one-time profits, meaning you need to make enough to produce additional products to continue business.

Software, however, can be created once and resold many times. Subscription services are a high-revenue outlet for many organizations, including hardware manufacturers. Hardware manufacturers sell their initial tangible products, and then software subscriptions provide recurring revenue to continue research into improving their technology to keep consumers interested.

Vertical integration and owning the ecosystem

By combining hardware manufacturing with the software to manage it, organizations control the entire ecosystem providing recurring revenue when consumers rely on the products. Apple is mainly known for its iPhone, but the apps are recurring revenue and an ecosystem users rely on as they switch to newer smartphones.

Users rely on many Apple products daily, such as iCloud, where they store their images and synchronize data and backups on iTunes. Consumers with Apple TVs can control their systems from their smartphones and synchronize their devices across platforms. Apple owns an entire ecosystem that keeps them a dominant force in the technology industry, and it’s more than just smartphones. The software used to synchronize and integrate cloud systems play a significant role in their success.

For every large successful hardware company, you can probably name an application that powers their success. Without software, these companies struggle to scale and maintain a competitive edge. Profit margins are tight, but having software bundled with a tangible hardware product can generate long-term user interest and continued loyalty. The simple fact of the matter is: if you aren’t already or not going to invest in software, you’re behind.

The Tech Sector Should Listen to Those with Hearing Loss

What Are the Biggest Sources of Electronic Waste?