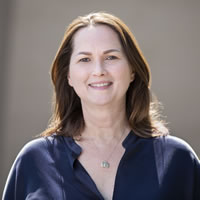 Teresa Phillips is the co-founder and CEO of Spherex, a global technology and data company. Phillips is pioneering technology that’s changing the future of entertainment.

Leading a team of data scientists, AI engineers and product developers, Phillips and her team are making sense of the crowded content landscape worldwide so media and entertainment companies don’t get lost in translation. Collaborating with major studios, networks, streamers and content creators, they are transforming how media and entertainment enterprises create, adapt, and deliver film and television to audiences worldwide through AI and machine learning. By matching TV and film content with their local audiences worldwide, Spherex’s expertise and technology offers media and entertainment companies the ability to adapt all of their content for every market and culture around the world.

Prior to establishing Spherex, Phillips was the founder and CEO of venture-backed startup Graspr, a platform that housed a library of DIY videos where users could also share their ideas and expertise. Phillips held executive roles at both Yahoo!, where she helped craft the company’s successful partnerships with SBC (now AT&T), British Telecom and Rogers Communications, and at Time Warner, where she was part of the cross-company effort to migrate systems, products, and operations in support of Time Warner/Media One’s joint venture – Road Runner.

Phillips’ career began in the military as an executive assistant to four-star generals and diplomats, including two tours at the Pentagon and at NATO. The five years she spent supporting the Supreme Allied Commander, Europe at the end of the Cold War was particularly pivotal in shaping Phillips’ global mindset, leadership style and career.

From a large family in rural Kansas, Phillips grew up on a farm where she learned the value of hard work and importance of community, shaping her core values of integrity, authenticity and service.

A graduate of James Madison University with a Bachelor of Science degree, Phillips is a proud Army veteran and mom of two. She is based in Silicon Valley where Spherex is headquartered.