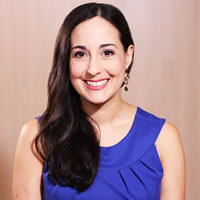 Paula Rizzo is an Emmy-award winning television producer, best-selling author, speaker and a media trainer and strategist. She coaches authors, experts, and entrepreneurs to perform better on camera and produce their own videos. She’s personally media trained executives from Fortune 500 companies and privately-owned organizations as well. A seasoned speaker, Paula’s presented at Women Influencing and Impacting Toyota, Chief, MA Conference for Women, HOW Design Live, New York Women in Communications, National Association of Professional Organizers (NAPO), and many others.

She’s the founder of ListProducer.com ​and the author of ​Listful Thinking: Using Lists to be More Productive, Highly Successful and Less Stressed​ and Listful Living: A List-Making Journey to a Less Stressed You. Paula is also a LinkedIn Learning Instructor of several courses including, “Organizing Your Remote Office for Maximum Productivity,” and “The Power of Lists to Get Things Done.”

A media veteran for nearly 20 years, she also worked in local news in New York City as a producer for WCBS, WPIX, and WLNY. As a former senior health producer for Fox News Channel for more than a decade, she produced segments with a range of top experts, including JJ Virgin, Jillian Michaels, and Deepak Chopra.

Paula has been featured in major media outlets like FoxNews.com, Business Insider, and The Daily News. She’s a contributor to MindBodyGreen.com, ​Entrepreneur.com​, and ​Thrive Global. Go to PaulaRizzo.com​ for more.