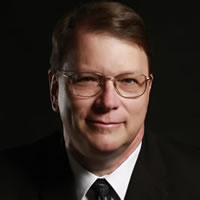 In a 35-year career in executive leadership in Information Technology, Richard Alexander specialized in leading large-scale turn-arounds and transformation programs for large companies.  He was Vice President / Chief Information Officer at the Michelin Tire Company’s North American subsidiary for eight years, then Director of IT Strategy managing the relationship between business units and IT for five of Groupe Michelin’s global product lines at the company’s headquarters in France.  In his last mission, he led the North American implementation of a major transformation of Michelin’s supply chain across all its business units.

Before Michelin, Richard was Vice President of Applications at MKI Inc. in Dallas, Texas, and Director of Systems Development for the SABRE Computing Group at American Airlines.  At both Michelin and MKI, he was recruited specifically to lead turn-arounds focused on transforming IT departments perceived as being “low value” into high-performance teams.  The capstones of this experience came in 2009, when Michelin’s North American IT group was named at #18 in Computerworld’s annual list of 100 Best Places to Work in IT.

Richard was a charter member of IBM’s first global CIO Board of Advisors.  He earned an M.B.A. degree from Oklahoma City University and an M.A. in History from the University of Southern California.

Richard is currently writing Your Seat at the Table, a guide for “C”-suite executives interested in building influence and credibility for their corporate internal-services groups.