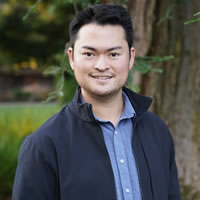 Before turning 30, Jerry Ting started a company that upended one of the largest sectors of the legal industry. The company that Jerry founded and now leads, Evisort, uses AI to read contracts automatically, saving Fortune 500 brands like the Bank of New York Mellon, Molina Healthcare, Microsoft, and Keller Williams millions of dollars per year on legal fees, earning Jerry the distinction as one of the founders of modern contract management.

Jerry conceived Evisort while working as an undergraduate intern at the U.S. Supreme Court. He noticed that time-pressed lawyers were spending thousands of hours organizing, reviewing, tracking and performing due diligence on legal documents. That gave him an idea: artificial intelligence, with its ability to quickly parse huge datasets, could make this tedious labor much more efficient. He spent the rest of his student career working with hundreds of lawyers to gather feedback on his idea. Later, working in Sales at Yelp, Jerry saw that legal and vendor management teams faced the same problems. He realized that if AI could analyze documents in litigation, it could also comprehend complex business contracts.

Jerry teamed up with data scientists from MIT and lawyers from Harvard to create an artificial intelligence platform, Evisort, that can read a 30-page contract in 15 seconds, extracting relevant legal and business terms, recognize key expiration dates and organize the information in a central repository — tasks that would take traditional legal teams untold hours — with all the costs that came with them.

Evisort’s AI may be revolutionizing the contract management industry, but the technology is impressive in its own right. The platform can read 230+ contracts and 50+ provisions and metadata “out-of-the box.” It learns custom phases, keywords and provisions with 97% accuracy from training on just a few samples.

Today Jerry leads a full team of 70+ employees in Silicon Valley, Boston, Toronto, and the Philippines, helping clients manage and analyze over a billion dollars in contract value around the world.

At this moment in history, with business conditions changing by the day, if not the hour, Evisort’s powerful AI has never been more important, or more in demand.