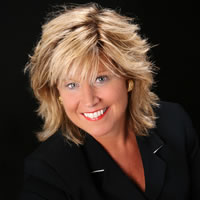 Cindy Olson began her career at Koch Industries as an accountant and then an internal auditor with PepsiCo. Those early experiences laid the foundation for a solid financial awareness and the curiosity and process for evaluating any function. She joined Inter North in Omaha, Nebraska, which later became Enron.  While at Enron, she held various roles in accounting, finance, internal audit, operations, risk management, community relations and human resources.  Ms. Olson, uniquely lived both the creation and the demise of Enron and served on the company’s 20 person Executive Committee as one of only three women to ever do so.  She held the position of Executive Vice President of Global Human Resources for the 25,000-employee organization generating over $1 Billion in earnings with a market cap of over $60 Billion when the company filed for bankruptcy.

Throughout her career she was used as a transformational leader taking on the challenge of merging functions into a single more effective organization. With each new role she brought cross functional teams together to determine best in class processes and technology necessary to deliver a best in breed function. She was responsible for helping the Fortune 7 Corporation become Fortune’s 22nd best company to work for and driving the innovative culture which led to Enron being the first company named as Fortune’s most Innovative, 6 years in a row.

Being part of Enron was the equivalent of working for many different corporations because of the corporation’s continuous reinvention of itself through Innovation.  Rapid growth through merger and acquisition and unprecedented organic growth allowed Ms. Olson to have the experience of leading numerous functions.

Cindy’s unique experience provided her the opportunity to work side by side, learning the methodologies of renowned strategists including McKinsey, Accenture, Ernest and Young, W. Edwards Deming, Stephen Covey, Gary Hamell and others.  Her strengths include an unprecedented visionary inspired leadership ability, transformational courage and acumen, expertise in building a superior employment brand, talent optimization and retention and a thorough understanding of finance, risk management and operations.

In her current role as Founding Partner of the Executive Strategic Alliance she advises business leaders on how tightly linked business success is to the adoption of emerging technologies and the ever-changing Talent landscape. In her role as CHRO of Enron in 1999 through 2002 she led her team to transform the HR function by building the first totally Integrated HCM on an SAP platform.  At the time of Enron’s bankruptcy, her team was in the process of monetizing the investment in that technology by selling an HR Managed Services offering to the Investment banks through a joint venture with Accenture. Because of this experience, she is an advocate of HR leading their decision of the technologies they require and taking accountability in the organization for the “Talent” issue facing every single organization.  She is a strong advocate of the CHRO taking the lead in attracting the best talent in the world, developing that talent so everyone in the world wants them and KEEPING THEM!

She is a thought leader in how to transform the organization’s complex and fast changing HR and IT organizations, an expert on building a Culture of Innovation and understands the “Innovators and Disruptors” in the technology world.  Olson is the founding partner of the Executive Strategic Alliance Thought Leadership Communities across the country with over 700 CHRO and CIO participants in these communities.  These C Suite leaders currently meet virtually to gain insights into the future of work and the future technologies that will enable attracting and retaining the best and brightest workforce for organizations globally.   World Class thought leaders spark discussions in these Forums and include McKinsey, Bob Chapman, CEO of Barry Wehmiller and author of the book “Everybody Matters”, Deloitte, Alvarez and Marsal and Israel Martinez of Axon, who is a sought after Thought Leader on Cybersecurity Risk.  The Executive Director of Digital Strategies at Tuck at Dartmouth is a future thought leader along with other relevant” Future of Work” and Leadership experts.

A technical white paper authored by Olson discussing the impact culture played on Enron’s failure provides the foundation for Olson being a sought-after speaker and thought leader. She co-founded the creation of an Index used to predict sustainable corporate  performance and authored the only book written by a top Enron Executive, “The Whole Truth so Help Me God”  describing both the rise and fall of one of the most successful businesses in recent American history.  She has served on many nonprofit boards including the YMCA of Greater Houston, Junior Achievement of Southeast Texas, and Juvenile Diabetes Foundation of the Gulf Coast, Search Homeless Services, the PGE Enron Foundation Board, a founding member of the Women’s Greater Houston Partnership and Outreach International..  Currently she serves as a mentor and Entrepreneur in Residence for the Bloch School’s Regnier Institute for Entrepreneurship and Innovation and an Advisory Board member for Talent Tech Labs in New York.  She currently lives in Kansas City with her husband of 45 years.