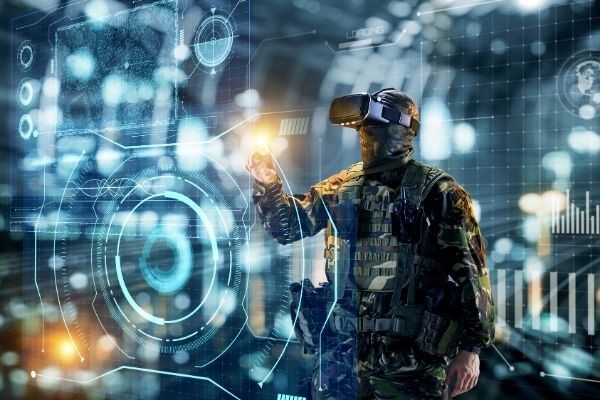 People who serve our country deserve the utmost respect and gratitude. It is the government’s responsibility to ensure soldiers have superior equipment for use on the battlefield. Luckily, the military has made great strides in this regard over the years. Here are some of the top technology advancements in the military that everyone should know.

In recent years, supervisors have begun using LEDs in the military. LEDs are much brighter than traditional light bulbs on the market. Automobile manufacturers use these items in military vehicles, such as tanks. The hope is that these brighter bulbs will help soldiers see better when they are driving in a combat zone. The military also uses LEDs in headlamps. Every soldier knows that some of the most important missions take place at night. Individuals must have the brightest lights possible to avoid surprise attacks.

Believe it or not, the military is taking advantage of virtual reality systems. These mechanisms are not only used for video games; virtual reality systems can help soldiers better prepare for combat. Military personnel can practice techniques in a stimulated fight using this equipment. Since this technology can help soldiers enhance their skills, more governments are investing in these tools.

Everyone has seen military tanks before. These vehicles aren’t exactly subtle. Automobile manufacturers are trying to create sleeker alternatives with a less obvious presence. Manufacturers are working with government officials to make quieter wheels, so soldiers can stay hidden.

Interesting Fact: Some cutting-edge technology companies are working to create robotic soldiers so that humans do not have to go on the battlefield anymore. However, these products are in the preliminary stages, and more testing must be done to improve their efficiency. The military is one of the oldest institutions in the country. But that does not mean the establishment is stuck in past centuries when it comes to technology. In fact, there are top technology advancements in the military that could change the game forever. More governments should think about making these adjustments because this software could save people’s lives.