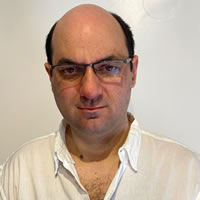 Marcelo is the Co-Founder and COO of Techunting, an American-based IT Staff Augmentation and Hunting agency.

Marcelo’s passion for the Tech scene started while studying Computer Science at the CAECE University and Ort School in Argentina. He started his career as a MS Consultant for Top 1000 Companies such as Mercado Libre, HP, Coca Cola, Petrobras, and American Airlines to name a few.

Marcelo soon came to the realization that where he thrives is in fast moving environment and so he joined the start-up scene in Buenos Aires. He was part of the management teams for a variety of early-stage start-ups helping them on their path to growth. While being in the trenches, he worked closely with software developers, engineers and scrum masters and loved their speed of creation, their growth mentality and innovative approach to processes; and so he co-founded Techunting and became it’s COO. He now leads a company of around 200 tech experts, bridging the gap between needs and resources of clients across the Americans and Europe.

You can also find him here: