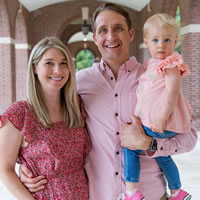 Taylor Sohns is Co-Founder of Lifegoal Investments and grew up in a one red-light, working-class town in Upstate New York and is a co-founder of LifeGoal Investments. After working a combined 25 years on Wall Street, creating investment portfolios for the richest families throughout the country, the brothers wondered who’s looking out for the people they grew up with. Eventually they became frustrated with Wall Street’s exclusive focus on the Ultra-Rich and broke away to create LifeGoal Investments to help the everyday American fulfill their American Dream.

Taylor Sohns earned a BA and MBA from Iona College, where he also played football.