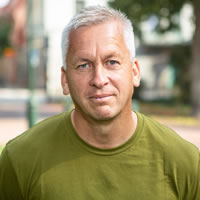 Pär-Olof Johannesson is the CEO of Terranet, and led the IPO on Nasdaq First North in 2017 and has been a seasoned entrepreneur and tech executive for 20 + years. Pär-Olof’s previous positions include Operating Venture Partner at Mankato Investments, BA Director at Flextronics, Area Manager at ABB, Project Manager at Ericsson and Attaché Swedish Ministry for Foreign Affairs.

Pär-Olof has been an instructor at Stanford, MIT and Lund School of Economics and Management and an avid skier and amateur tennis player.