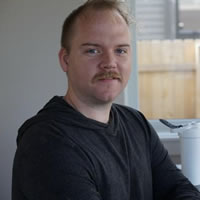 Matt Payne is the founder of KetoCoach and FastCoach. After living in China and working as writer for The Wall Street Journal, Matt is fluent in Mandarin Chinese. Matt put his Mandarin skills to use while getting into the medical device industry and eventually overseeing distribution channels for Asia, Africa, the Middle East and Australia. During this time Matt learned the ins and outs of the medical device business until he founded KetoCoach in 2018. To date, KetoCoach and FastCoach have a combined 70,000 users and FastCoach was featured as one of the top 150 apps in the App Store.

About Keto Coach:
KetoCoach is a leader in lifestyle in-vitro diagnostic testing. KetoCoach is making its first venture into the growing virtual fitness market. Since launching in 2018, they have picked up nearly 40,000 users for their blood ketone meter. KetoCoach is a small, US based company that produces helpful tools and support to individuals with an active, keto lifestyle. The keto diet is all about shifting the body’s metabolic function to use fat as fuel instead of glucose/sugar. KetoCoach was founded by Matt Payne after he personally discovered the benefits of the keto diet.