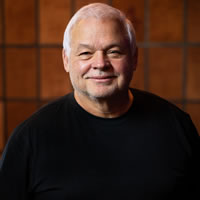 Since 1972, the Acres name has been synonymous with groundbreaking casino technology. In 1981, Acres started his first business, Electronic Data Technologies. EDT created a system that allowed casinos to track slot machine players by using loyalty cards, offering gamblers rewards based on how much they played. In 1984, Acres sold the company for $1 million.

He started his next business, called Mikohn, in 1986. Mikohn devised the modern progressive jackpot system in which slot machine jackpots increase over time, creating growing excitement for players. When Acres and his partner sold the company in 1989, Acres’ initial investment of $120,000 turned into $6 million.

His third company, Acres Gaming, invented a system in which slot machines awarded instant bonuses based on current or accumulated play. Acres Gaming took $17 million to reach consistent profitability; Acres sold it in 2003 for $143 million, and the casino industry has been at a technological standstill ever since.

Foundation is designed to reinvigorate an industry currently incapable of meeting modern consumer demands. Armed with a massive amount of real-time data, an adaptable credit meter on any game, and bonuses deployable to a player’s mobile device, casinos will be able to optimize every customer relationship and maximize long-term profitability.