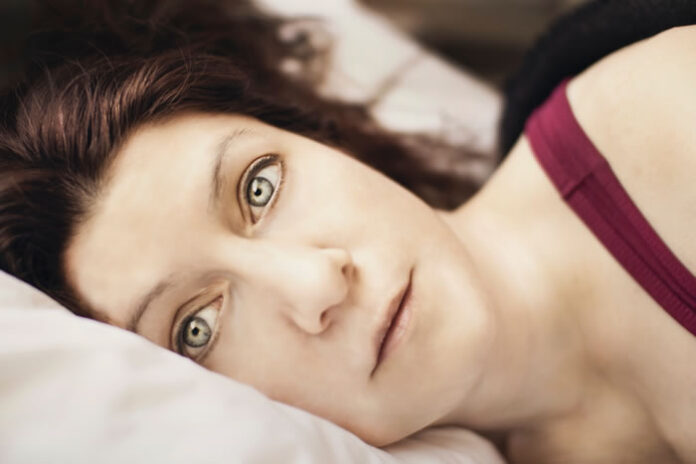 Six in 10 Americans are turning to tech to aid their sleep, according to new research.

From using smartphones to set their bedtime and apps to limit evening screen time, to using a watch to note their biometrics, 57% say tech has been beneficial in improving their sleep.

Sleep isn’t as simple as just laying down and closing our eyes, now — in this age of screens and digital detoxing, the survey of 2,000 Americans found 66% would actually like to incorporate more technology into their nighttime routine.

The Data Behind The Story

Commissioned by Eight Sleep and conducted by OnePoll in advance of World Sleep Day on March 13, the survey looked at Americans’ poor sleep habits — and the modern-day solutions they’re turning to.

It’s no wonder people are looking for something to improve their sleep, as results found the average respondent received just five hours and seven minutes of sleep per night — much less than the recommended eight hours of shut-eye.

Not only that, but almost half (48%) admitted to having an inconsistent sleep schedule. And the average respondent has three nights of disrupted sleep per week.

Results showed respondents are sleeping poorly in a multitude of ways; turns out, 61% regularly have trouble falling asleep.

Additionally, 52% have trouble staying asleep, with temperature being one of the catalysts for waking up in the middle of the night.

“The human body has an internal thermostat, so when you are ready to sleep your brain begins to lower your body temperature, and that mild drop in body temperature induces sleep,” said H. Craig Heller, PhD, professor of biology at Stanford University. “The most impressive new technologies will utilize contactless, nonwearable biometrics tracking and react to thermal environment using in-home data to improve sleep.”

But some respondents are confident technology can help them with these all-too-common sleep issues. Thirty-nine percent of respondents believe technology could make it easier for them to stay asleep, while the same number think it could help them to have a more restful sleep.

Interestingly enough, 37% believe tech could also encourage them to go to bed at a more consistent time.

Seventy-seven percent believe changing the temperature of their bed would help them sleep better — which might help explain why 90% are interested in technology that manages their sleep temperature.

“The results reinforce what we’re already seeing — people want more technology, data, and thermoregulation when it comes to sleep,” said Matteo Franceschetti, Co-Founder and CEO of Eight Sleep. “Our goal is to continuously innovate on technology that executes real-time adjustments on individual sleep based on their thermal environment and biometric data to help them sleep better.”

Not only do respondents think technology can help to improve their sleep, but they also want more data about their nighttime habits.

Eighty-seven percent believe receiving data about how they sleep would help them to sleep better — and 89% would like sleep technology to help interpret that data for them, offering recommendations to improve their sleep.

They’d also like to have data tracking their sleep stages and their percentage of REM sleep (41%, each).

Some respondents have tried different ways of tracking their sleep habits; results found 59% currently use — or have previously used — sleep technology to track their biometrics.

And the sleep-tech industry may likely continue to grow — 63% of respondents believe technology can solve the problem of Americans’ poor sleep habits.

HOW CAN TECHNOLOGY BENEFIT SLEEP?

DATA RESPONDENTS WOULD FIND MOST HELPFUL

WHO MOST WANTS TO INCORPORATE SLEEP TECHNOLOGY INTO THEIR ROUTINE?

This research was commissioned by Eight Sleep and conducted by OnePoll, republished with permission by SWNS Digital.

How to Optimize Your Healthcare Practice with Technology Solutions

Risks of Not Modernizing and Steps to Gain Executive Buy-In