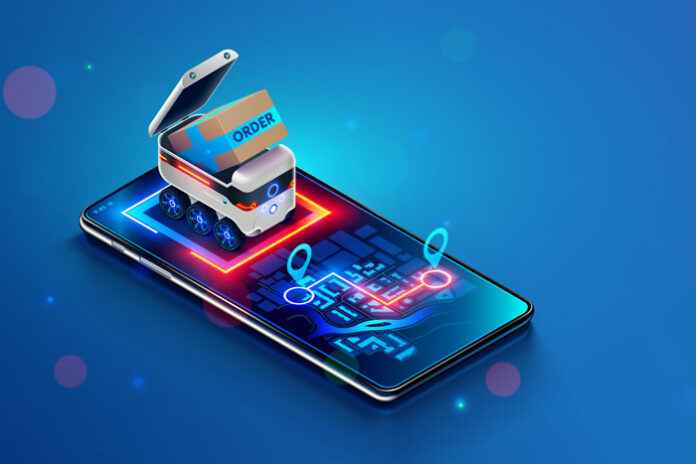 Recently, adoption of robots in the retail and restaurant industry is finding new hot areas which are geared towards empowering existing staff and handling long term staff shortages. Let’s have a look at the industry’s viewpoint on this and how retailers and restaurants lock into robotics.

A recent survey from RetailWire, indicates that 77% of large retailers realize that it’s  critical to have a clear, executable and budgeted robotics automation strategy for their in-store operations and end customer deliveries projects in the next 18 months.

Both restaurants and retailers are in a position to leverage robots for automating tasks, increasing employee productivity and collecting data that can be used to improve business processes and enhance customer experiences.

Why it’s smart to lock into robotics

While robots are working behind the scenes to help with inventory management and warehousing, companies are now increasingly bringing robots into roles which involve direct interaction or coexistence with customers. Here are few scenarios below:

What do these companies know about robots that other retailers and restaurants don’t? First and foremost, they know the benefits that robots bring to the table – and they understand the high return-on-investment from robot adoptions. A report from ABI Research found that 150,000 robots could be deployed in brick-and-mortar stores by 2025, which to me is still a very conservative number. Here are three key reasons how robots are becoming increasingly popular not just for retailers and restaurants, but for a myriad of industries, too.

There has been a massive upsurge of digital ordering with a huge demand for on-demand deliveries has raised almost 700 percent recently. The demand is super high and on top of that with a huge spike in wages from $10 per hour to almost $16 per hour it is becoming challenging for restaurants and retailers to provide these services. For eg: Starbucks trailed pay rises starting in January which would mean its US hourly workers are making an average of nearly $17 an hour by next summer; Costco, which had already raised its minimum wage to $16 an hour in February, increased it again to $17. this

Staff shortage has no end in sight for US, here is an example – Domino’s Pizza (DPZ.N) cited a shortage of drivers as it reported recently a rare fall in U.S. sales, and FedEx Corp (FDX.N) also cited higher labor costs in September when it cut its full-year forecast.

All these major giants are turning to robots for a sustainable and predictable solution to delivery problems due to staff shortage and raising wages to cater to high customer demand of on-demand services and also to cut down massive margins taken away from app based human delivery options. Robots don’t call in sick, don’t request raises and can easily perform repetitive and tiresome jobs, like delivery, cleaning, making fries. In the medium/long term the ROI is massive for both retailers and restaurants.

Here is an example – Consider Sally, the salad-making robot developed by Chowbotics. Sally’s robotic tools enable it to make a salad with more than six ingredients in less than a minute-and-a-half. That not only saves restaurants significant cash in labor costs, it also enables eateries to expand their menus, easily add new dishes, and enhance customer brand loyalty. Restaurants are discovering that robots give overworked servers more time to interact with customers and serve more tables, which led to higher tips. As you can see the benefits when retailers and restaurants lock into robotics.

Big data. Among the biggest benefits of retail robots is the ability to capture granular data about the products and customer buying patterns, which help increase efficiency and accuracy in inventory management. Robots act as data-collectors within the internet-of-things (IoT). When combined with AI and machine learning, IoT can change how companies operate, conduct business, and purchase the goods and services we want and need.

Identify profitable products. Knowing which products customers favor is the difference between low margins and high profitability. Robotics can optimize inventory management by generating real-time data on which products are selling faster than other similar products.

In some hotels, robots carry luggage and act as digital concierges, sanitizing corridors. Due to the pandemic, robots have rolled into every place, be it hospitals, transit locations, corporate offices and campuses. nonsurgical applications such as sanitizing corridors and rooms and delivering supplies, including blood samples to be tested in the lab.

The Takeaway on Robotics in the Retail and Restaurant Industries

There’s no doubt that retail and restaurant companies have increasingly started to adopt robotics as a business investment over the past couple of years. That process has accelerated due to the COVID pandemic. One of the striking trends during the pandemic has been the acceptance of automation technologies by a previously tepid public.

Whether it’s deploying robots in warehouses or in kitchens, or to deliver, or to handle other human tasks and directly engage with the public, robotics is changing the way customer-centric companies run their businesses. As companies shift toward retail and restaurant robotics, expect the use of robots-on-the-job to expand in coming years, and the ways retailers and restaurants can lock into robotics to expand in pace.

When Everyone is a Filmmaker, AI Will Foster, not Stunt, Creativity