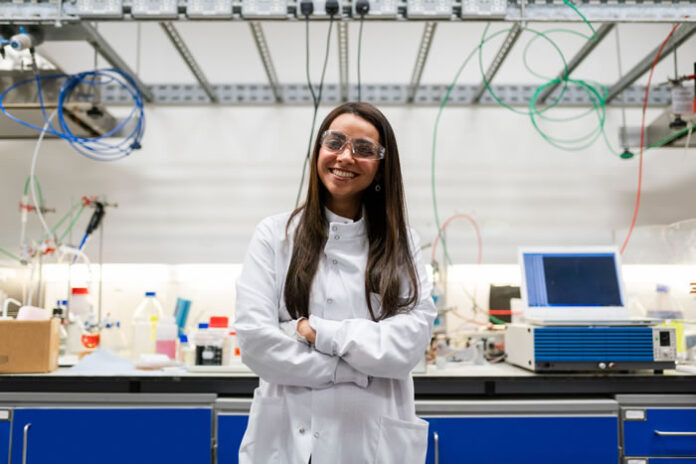 In 2017, TechCrunch created an event in New York whereby 700 coders and designers were tasked with creating a new tech product in just 24 hours.  Leading lights from universities and high tech companies came up with some incredibly innovative gadgets but, the clear winners were three high school girls from New Jersey with ReVIVE – a virtual reality app which tests children for symptoms of A.D.H.D.

According to the winners, their victory was swiftly followed by a number of comments in real life and on social media along the lines of “Oh, you won the hackathon because you’re a girl – you’re a diversity pick”. 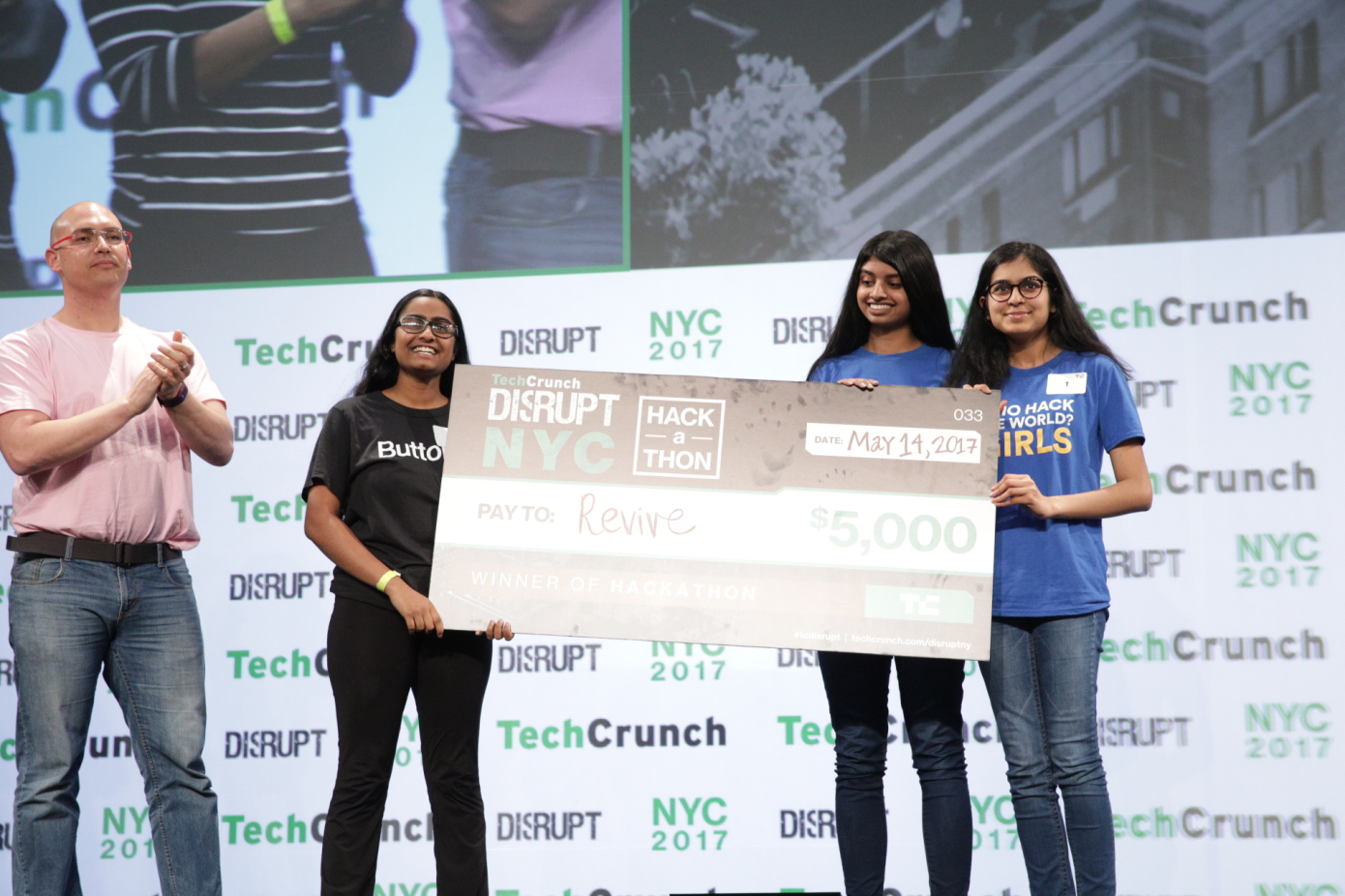 It’s not news that roles in technical and engineering are often still thought of as ‘jobs for boys’ in 2021, despite the success of a large number of female movers and shakers within the industry, such as YouTube CEO, Susan Wojcicki and Dr. Fei-Fei Li, Co-Director of the Human-Centred AI Institute at Stanford University.  What may be news, however, is that women have always played an active role in technology – they were just prohibited from taking the credit due to their sex.

Source:Brand24 – What is Sentiment Analysis

Jacek Ptak of KrakowDirect comments, “I hate to see when womens’ achievements are diminished just because they’re female. Sometimes, when a woman gets an executive position at a company, people just seem to think that it’s not due to her skills, only political correctness, diversity requirements, and perhaps some unfair doings. In reality, their accomplishments and skill sets are no different than those of men.”

In 1843, Ada Lovelace, daughter of Lord Byron, partnered up with inventor, Charles Babbage, on a project known as an ‘Analytical Engine’ which is thought to be the invention which would kickstart what we think of today as computer programming.

During the project, Ada’s detailed and extensive notes were essential in articulating the ways in which the machine could be fed data in order to solve mathematical problems and even compose music.  Somewhat unbelievably, however, the success of the project was almost solely credited to Babbage, with many historical documents not even mentioning Ada’s contribution.

Most people are aware that, in the 1960s, technology began to emerge which would form the basis of today’s Wi-Fi, CDMA and Bluetooth technology.  Previous to this, during World war II, George Antheil was credited with creating a radio guidance system which was used by the navy as a guidance system for allied torpedoes.

The part which history frequently leaves out is the fact that Antheil was significantly assisted by famous actress, Hedy Lamarr – a contribution which is marked by a footnote or less in most cases.

Recently, online gaming site, Solitaired, has chosen to honour the female powerhouses of tech with its unique Spider Solitaire game with a twist.  Rather than standard designs, they partnered with the team behind Notable Women in Tech Cards so each card in the game features the bio of a woman who has made a considerable impact on the world of technology, including Helen Grainer and Mitchell Baker.

Moves like that of Solitaired are welcomed by the industry and by teachers of STEM subjects.  At the moment, only a quarter of tech jobs are held by women worldwide and, in a 2020 survey, 78% of students said that they were unable to name a notable woman working in the field of technology.

“While the discrepancy is still there, such initiatives help to diminish it. There’s a lot of ignorance among people in terms of female technological discoveries and advancements. The more we promote and educate, the more equal the treatment of women will be.” says Mike Sadowski, CEO & Founder of Brand24

The below is a great demonstration of the power of sentiment analysis in gathering comments and posts from across the world wide web and puts them into an easy to understand format.  Brand 24 is a leading sentiment analysis tool which can provide the bigger picture in public feeling / thought about a subject online.

So, why is the gap still so large?

Unfortunately, the answer seems to come back to the classroom.  A recent study by HESA revealed that, in the UK, just 35% of higher education students in STEM subjects are women – with only 19% of computer science students being female.

As Dima Suponau of Number For Live Person remarks, “During my years at Microsoft in the early 2000s, there were barely any female IT specialists. Nowadays, while there’s still a disparity, the situation is much better. I’ve gotten to know many amazing female tech professionals during my career, and each one of them is a highly-skilled expert.”

These days, there are lots of initiatives aimed at encouraging women and girls into tech subjects, but is it enough?  Often, the simple obstacle is the fact that tech is seen as a ‘man’s man’s world’ and, can be seen as intimidating for girls.

Rachel Tipograph, Founder and CEO of MikMak TV says,  “When you enter tech, you realize that there are more men than women. You can’t deny that. But, I don’t think you can make that an obstacle. You can’t get deterred as a female founder knowing that’s the landscape.

For the past 12 months, technology has played a bigger role in our everyday lives than ever before and, many feel that this is the perfect time for more women to throw their hat into the ring for these rewarding and lucrative careers.

Tech guru, Tamara Johanna is founder of FIIT Collective, a global support network for women working in tech and those looking to take the plunge.

Now a Senior Solution Engineer for Salesforce, Tamara’s own career has taken its fair share of twists and turns – including eight years as a circus performer – and, she shares her love of technology through her The Females In Tech Show Podcast.  Tamara says, ‘My mission is to inspire, support and empower females to live a balanced and purposeful life through a career in information technology.’

“I know a lot of tech companies, mine included, that are just as likely to hire women for IT roles as men. I love the fact that this is an accelerating trend, as IT careers are just as lucrative as they’re hard, and providing equal chances for women should be one of the priorities for modern businesses.” says Jack Zmudzinski, senior associate at Future Processing

While it’s clear that there’s still a long way to go for women in tech, inspirational influencers like Tamara will almost certainly help to make sure that the next wave of STEM leaders is strong, confident and female.

Why Women in Tech are Building a Better Tomorrow