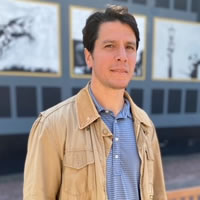 Michael Hartofilis is the founder and CEO of Howl, a community safety app.

Before Howl, Mike founded the alternative energy company Greenlight Energy at just 24 years old, which has grown from New York to eight US states since 2010. Following this early success, Mike sought out to create an app that could connect neighbors to their community with “local, relevant, and urgent” information, without the spam, ads, and other distractions that plague other neighborhood forums.

With that goal in mind, Howl launched in 2021, with usership increasing across Long Island and beyond ever since. Boasting powerful moderation tools and a voice-activated alert system to alert one’s “pack” during emergencies, Howl helps neighborhoods look out for each other and protect their families.

Mike lives in his hometown of Huntington, New York with his wife and high school sweetheart Kaitlin, along with their four children, and dogs Tony and Betty. When he’s not restoring an old Huntington church into the future Howl headquarters or designing his own Howl merchandise, Mike enjoys alternative rock, Mexican food, and rooting for the New York Jets.