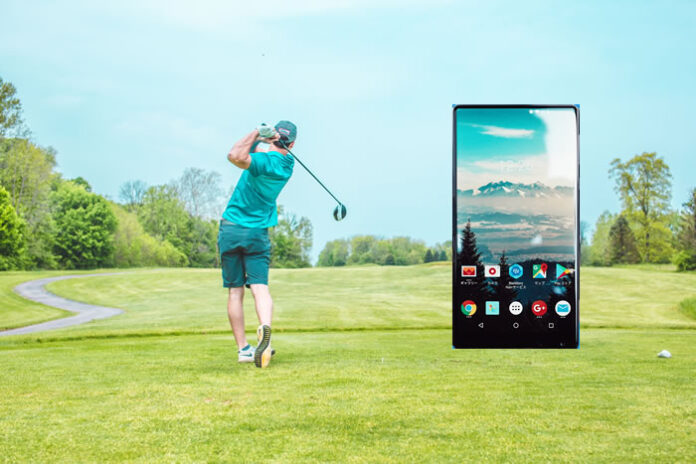 Finding the best rangefinder app can greatly improve your golf game. Due to improved GPS technology, better cell coverage, and available data, most rangefinding apps provide adequate distances. They typically offer the standard “front, back, and middle” distances, with some adding in wind and elevation data to provide a “plays like” distance. So, if you’re laying 150 out, but playing to a 30-foot elevated green and a 12 MPH headwind, then you’re looking at closer to 180 yards according to the app. Wind direction and intensity is highly variable of course, but it’s a useful app feature, especially if you play in West Texas or other blustery locales. More advanced rangefinder features might include distances to hazards and satellite views (to see terrain such as water), or the scorecard might pop on the screen automatically when you’re 20 yards from the green.

Accurate distances are important, but it’s really the “lowest bar” for a range-finding app. Golfers like you looking for an app with additional features and a game improvement focus want more than just distances. Here are some tips for finding the best rangefinder for your game and needs:

Some apps are just “clunky” to operate. The navigation between distance views and the scorecard might not make sense. Or any data about your game might be difficult to find or interpret. The user experience and user interface can make or break a golf app. Most golfers know the frustration that comes with a “laggy” or wildly inaccurate app, especially as they’re trying not to play too slow and get the next round of drinks.

The average age of the recreational golfer is around 50, and there’s many players who continue to try to “shoot their age” well into their 80’s. The better app developers understand the need for intuitive design that’s easily usable by a wide range of ages and technical abilities. They might restrict swiping left or right for example, as that’s an action used by several apps for the “under 40” crowd. Golf is of course played outdoors, so the app must be designed for sunlit conditions and older eyes that might have trouble with small buttons or text. Find an app with a minimal number of touchpoints required to perform a function. So, if you drive in a fairway bunker, the best apps will let you watch a short instructional video about getting out of the sand, and then you jump back to yardages with just a simple touch or swipe.

Move Beyond Distance to Game Improvement

Nearly all the apps on the market allow you to enter your score as a tally of shots or putts. These simple inputs can provide you with a baseline for the number of putts you take a round compared to your shots. They might also let you note sand saves or shots that miss or hit the fairway. An issue with many of these apps is it’s difficult to then use or understand this collected data in a meaningful way. You can see you had about 31 putts per round the last five rounds, but is that good for your skill level? How does your putting compare to the rest of your game?

You’ve likely heard of various “strokes gained” metrics, which are stats that measure a golfer’s performance in a category against a “field.” So, for the pros with all the tracked data, there’s stats for “Strokes Gained: Approach the Green” or “Strokes Gained: Putting.” The pros use this data to see how they compare to the field, to spot things they are doing well, and to uncover some weaknesses.

The SwingU app is one of the only products on the market offering golfers advanced statistics including strokes gained that are accessible and easy-to-understand.  The SwingU app features various strokes gained categories based on your per-shot inputs into the app, which are then compared to other users of similar skill levels. They become your “field” of players, just like DeChambeau, Fowler, and Morikawa are all part of their “field.”

Top-tier game improvement/rangefinder apps also feature instruction from top teachers. Ideally, you can pair this instruction with your personalized game stats. So, if the app shows you your three-putting is out of control, you can watch a quick video and do some drills on the practice green before you tee off. Some apps like SwingU also feature note taking, so you can enter quick thoughts and reminders about certain holes. So, if the par four #6 on your home course is tight, you can put in a note to hit a hybrid off the tee instead of drive. The next time you’re approaching this hole, the app will give you a prompt about your strategy so you can stick to your plan.

Match the App to Your Needs

The best apps are game improvement tools, not simple electronic rangefinders. Look for an app that’s adaptable to your specific needs. Maybe you just want “middle green” distances and to track your penalty shots and sand saves. That’s fine, but if you to expand your usage to strokes gained stats, instructional videos, and the latest golf content, then it’s much easier to stay and play within the same app, instead of starting with a new one.

Achieving Mental Wellness Through the Power of Music

5 Tips to Integrating ESG Into Business Strategy In 2022

Big Data: What Are the Benefits of Using Public Records