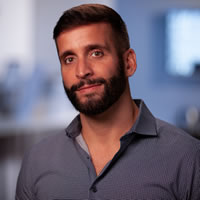 Jason McGuigan is the Head of Commercial Virtual Reality at Lenovo, where he is responsible for developing the organization’s future path for delivering VR devices and software that enable organizations across commercial, education, and healthcare to fully utilize this technology.

Jason is also the VR Supervisor at The Hydrous. He directed and produced The Hydrous Presents: Immerse, a 3D 360 VR film shot in the waters of Palau, to help promote ocean empathy that has currently been viewed and downloaded over 500,000 times.

With over 20 years of experience in computer technologies, Jason has earned dozens of awards for designing across a variety of mediums. He has led, designed, created, directed, and produced high-quality VR experiences for Lenovo, IBM, The Home Depot, BASF, and many others.