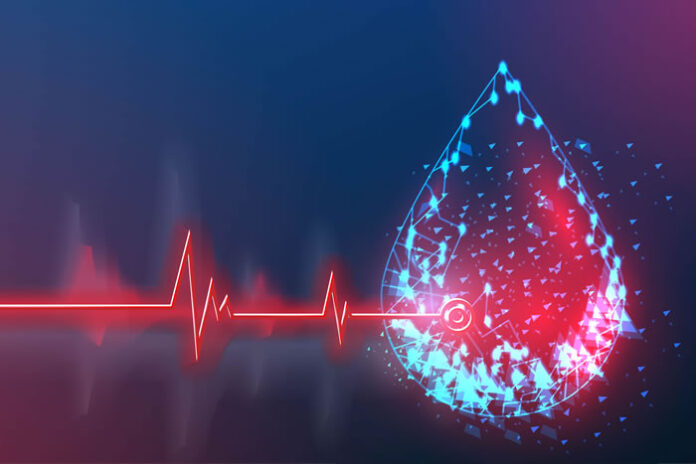 I’m often asked by investors, entrepreneurs, and curious individuals why a device designed for the arteries cannot be used in the veins.  I am still amazed that there is a lack of understanding and knowledge around the anatomical differences and physiological differences between veins and arteries.  This is because for 40 years, the medical community has been talking about arterial challenges, plaque formation and atherosclerosis (narrowing of the arteries), and the devices developed to treat those challenges.  However, the veins have been tacitly absent from these discussions, which is perplexing because the veins are just as important to human physiology and hemostasis as the arteries.

The Physiological Difference between the Veins and Arteries

The only thing that the veins and arteries have in common are that they both carry blood.  The veins are the part of the vascular system that carries deoxygenated blood back to the heart.  The arteries carry oxygenated blood away from the heart.  Veins, like arteries are composed of three layers, the intima, innermost layer, media, middle layer, and adventitia, outer layer.  Arteries have a smooth muscle cell lining around the outside of the adventitia to help to contract the vessel to pump blood, to dilate the vessel to allow more volume through, and to absorb the higher-pressure (100-140 mmHg) present in the arteries.  Veins lack this smooth muscle cell lining as venous pressures are low (20-40 mmHg) and more stable.  To prevent blood from flowing backwards, retrograde, the veins have a series of valves that open and close automatically with flow.  This makes the veins highly compliant (flexible), and usually with larger caliber vessels.

The Difference between Arterial and Venous Occlusions

Classic atherosclerosis consists of plaque and fatty tissue building up in the artery over time.  These occlusions then solidify with calcium phosphate which feels mostly like rock.  The clinical effects of these blockages are ischemia, or lack of oxygen and nutrients, in an organ, e.g., the heart or a limb.  Ischemia eventually leads to the loss of the organ, limb, or can even be fatal in certain instances. In veins, occlusions start as thrombosis (blood clots) and then over time 90% of them transform into type I collagen and some fibrin.

Collagen is laid down as fibers.  Organized collagen, like in ligaments or tendons provide exceptional strength in one direction and not so in another, which is why they stretch well in the same direction as the collagen fibers.  Venous occlusions are comprised of unorganized collagen, i.e., the fibers are in all different directions, do not align, and are rigid.  It’s like tight muscles after a workout, stretching is difficult, and the muscle tends to spring back into place when stretching is attempted.  The clinical effect of these occlusions is less likely to result in organ or limb loss, but they do cause organ malfunction.  For example, occlusions in the veins in the legs results in swollen and heavy legs, pain, difficulty walking, and ulcers on the lower limbs.  This significantly impacts quality of life.  The inability to walk, can be just as consequential as death.

Opening occlusions in the arteries vs. veins

To open an occlusion in the arteries, physicians generally use high load guidewires, drills (mechanical atherectomy), and sub-intimal crossing devices to cross.  These devices have been in the market for more than 30 years and are intended to help prevent an embolism from flowing downstream.  In certain cases where the physician cannot cross directly during stenting procedures, they often go around the occlusions through the intima/media layer of the artery.  This is common practice when there is a Chronic Total Occlusion (CTO).

As veins lack a smooth muscle cell lining, there is not enough wall to go between the layers in the event of an occlusion.  Thus, subintimal crossing is not feasible.   Furthermore, because the collagen in the veins is not rock-like, it cannot be drilled through.  It is more like chewed gum and thus would simply blanket a drill bit.

And because the occlusions are softer and more elastic, it is impossible to simply try to force one’s way through it.  These occlusions are more like complicated labyrinths. The wire can only hope to find small microchannels between the collagen fibers that will direct it to the other side.  This feat can often be frustrating for physicians as it can mean lots of dead ends, backing up, and trying another path.  This can take anywhere between 2-6 hours.

For all these reasons, veins are the new frontier in medicine and the next big thing in medical device development.   VeinWay is leading the charge in this new sector by empowering physicians to cross the maze in the vein in under 30 minutes.  This is something to watch for with plenty of room for other innovations to contribute.

The Process of Designing a Medical Device