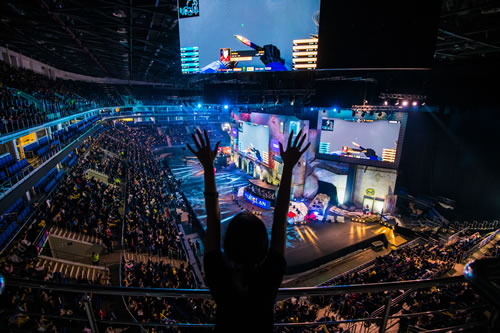 COVID-19 threw everyone a curveball, including the sports industry.

While traditional sporting events worldwide have been canceled as a result of the pandemic, esports viewership and revenue are booming! It’s an exciting time to be an esports fan.

We might live in uncertain times, but one thing is for sure: video games have taken the world by storm, and esports will continue to rise in popularity in the years to come.

If you’re not a gamer, you might wonder, “What’s so special about esports, anyway?”

Well, esports is the future of all sports, and here’s why:

Since the coronavirus pandemic forced the world into self-isolation, it might seem difficult to stay connected. But if you’re a gamer, you’ll always be able to link up with people who share the common love for esports.

The technological advancements of the 21st century have made it possible to create and maintain social relationships online. Games provide authentic, collaborative play in online communities that everyone can enjoy. Using improved video sharing capabilities and modern digital interaction, esports fans can form close bonds with one another.

High stakes. Millions of dollars in prize money. Pro teams with extreme skills going head-to-head. Major brand sponsorships. When you think about it, esports and traditional sports have a lot in common.

The 2019 League of Legends World Championship attracted over 100 million viewers. That’s comparable to the Super Bowl. If that isn’t a reason for mainstream broadcasters to jump on board with esports, I don’t know what is!

The presentation formats and league structures of esports teams are similar to traditional sports, so it’s easy for traditional sports fans to understand the world of esports. They can cheer on their favorite teams just like they would if they were watching football, baseball, or soccer.

Although platforms like Twitch give players the opportunity to broadcast themselves and share their love for gaming with the world, pretty soon you’ll be able to turn on your TV and watch esports tournaments on mainstream channels as well.

The prize pools for esports tournaments keep getting bigger and bigger! In the coming years, gaming events will attract bigger sponsors, major broadcasters, and many more fans worldwide.

Esports organizations continue to improve their viewership experiences to make events thrilling for everyone involved, whether you’re playing the games yourself or watching all the action from home.

In esports, anyone can play, regardless of who you are or where you come from. That’s what makes the world of esports so special! It disregards age, gender, physical traits, and other factors that limit participation in traditional sports.

There’s no entry fee or baseline requirement to post on Twitch. Anyone can make an account and stream videos while playing their favorite games. Better yet, content creators can monetize their platforms and earn viable income from their passion for gaming!

As gaming becomes more popular over the next decade, new opportunities will emerge for aspiring pros, and the industry will continue to grow!

Think of all the technological advancements that have occurred in the last 20 years. Now, imagine what we can build in the next two decades!

Well, I can say for sure that mobile gaming will become incredibly popular, even more so than it is today! According to Newzoo, the mobile gaming industry will top $100 billion by 2021. And since so many people have cell phones, the expansion of mobile gaming will help drive awareness and excitement for esports in general.

As developers explore opportunities with virtual reality (VR) technology, games will become more immersive than they already are. All your senses will be engaged. It will be like entering a different world.

Right now, the high cost of equipment is the main caveat holding VR game development back, but new advancements will drive the cost down over time. One day, sooner than we think, video games will be so real that we won’t be able to differentiate between the games and real life!

The growing popularity of video games is inevitable. The industry is already booming—however, we’re on the brink of a record-breaking upsurge in participation, viewership, and fandom.

Esports will become more widespread, but never in a detrimental way. The rich culture of connectivity, inclusivity, and fun that esports created will never die, even as it steps into the spotlight of mainstream entertainment and pop culture.

How Innovative Tech is Bringing Fans Their Sports Fix During the...