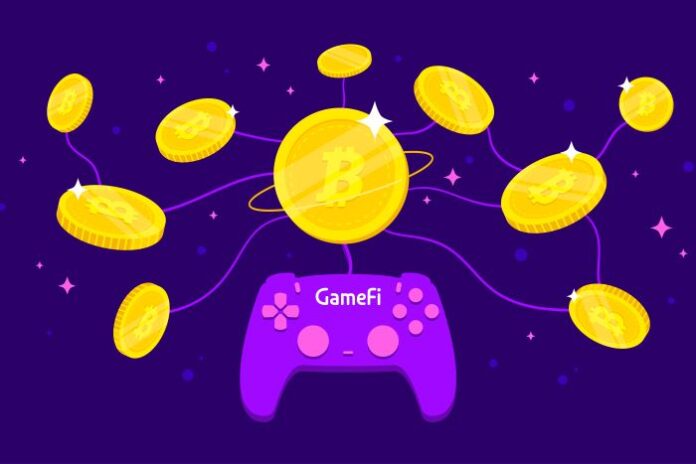 Over the years, there are some trends in the blockchain and cryptocurrency space that have already shown great promise. For instance, non-fungible tokens, or NFTs have taken the world by storm since 2021 and haven’t displayed any signs of slowing down. While NFTs are seen to get bigger in 2023, another trend has started to gain momentum — decentralized gaming.

Decentralized games are built on the backbone of blockchain and depend on smart contracts. Some blockchain games hold ownership over in-game assets, while others utilize the technology to run entire worlds. Although enthusiasts are still waiting for it to reach its peak, blockchain or decentralized gaming has already been a major contributor to the expansion of the crypto industry.

Decentralized games provide a more interactive and immersive experience for users. On the flip side, traditional games have their players confined to playing only within the parameters set by the game creators. Not to mention, gamers can earn passive income while playing any blockchain-based game.

The above key points might seem enticing, but there are still some aspects where conventional gaming takes the lead. For example, AAA games are miles ahead on entertainment value and sustainability.

Sustainable growth is crucial for decentralized games to achieve a longer life cycle. Currently, several projects make waves in the early stages but fail to maintain the hype and consequently plunge into the later stages.

Here are a few obstacles that game developers should address immediately to survive in a fiercely competitive environment.

The first and probably the most important issue that blockchain gaming should overcome is creating proper value. Evidently, the crypto market is rife with schemes and scams. This proliferation of fraudulent activities has led the general public to doubt the space. As a result, it became more difficult for web2 players to shift into decentralized games.

In developing a blockchain-based gaming ecosystem, developers should be able to convince people that the rewards they can potentially earn are valuable. Furthermore, this doesn’t mean that one should simply bring in more money to solve the problem. Rather, decentralized game developers should look for ways to communicate the value of these rewards — getting more players to join.

Recently, a few major hacks in the blockchain gaming industry were reported and have produced a negative effect on user opinion. More than $600 million worth of crypto was stolen from Axie Infinity players because of the Ronin bridge breach. In addition, a $3.5 million rug pull significantly affected a newly-released web3 game — Dragoma.

The concerns surrounding the playability of decentralized gaming is not to be ignored. While blockchain gaming offers gamers the ability to move and manage their virtual assets, they usually fall short of the mainstream competition when it comes to user immersion, visual quality, and overall gameplay.

Generally, there is a lack of gameplay beyond ‘grinding’ in decentralized gaming. Simply put, this refers to the practice of completing tasks to accumulate possessions. Planet IX is adding new and varied layers to their game with the goal of increasing both the entertainment value and the game’s gamified elements.

One of their efforts was to incorporate ArcadeNFTs, an original Ethereum NFT gaming project that produced the first playable NFT game with their genesis pinball, into their ecosystem. These old-school games are excellent illustrations of enjoyable and captivating yet straightforward gameplay.

The billion-dollar gaming sector is extremely competitive, with fresh platforms and games constantly introduced. Therefore, it can be quite hard for decentralized games to compete against traditional ones. Moreover, this also highlights the importance of immense entertainment value for a blockchain game to come on top of the competition.

Heading into 2023, it is expected that the mass adoption of blockchain-based, decentralized gaming platforms will continue to rise. However, if the wider crypto market plummets, decentralized gaming will likely tumble down as well. To prevent this, game developers will need to discover ways to keep their activities up and going even when the market drops. This way, their sector can stay resilient in the face of winter.

PLANET IX is an NFT-based strategy game set on a virtual rendition of our planet. Simply put, it’s similar to a digital version of Monopoly where instead of streets, the goal is to acquire hexagon-shaped land parcels that are called PIX. PIX is the core foundation NFT in-game asset and, when clustered together, can form Territory NFTs. Furthermore, these assets are all yield-bearing and can produce rewards for gamers in the form of the IX Token (IXT) it’s where decentralized gaming is at.