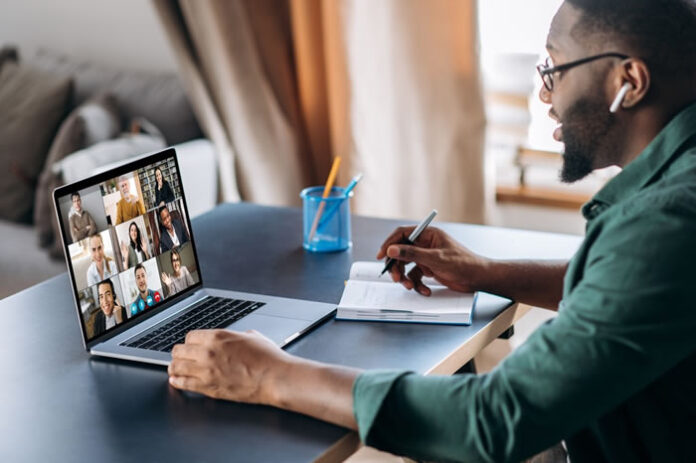 Last year as the world adapted to a new normal, businesses everywhere had to evaluate the worthiness of their brick-and-mortar establishments. The risk of viral infection was compounded by the heaviness that employees experienced as they cared for sick parents, dealt with illness or lack of childcare. Suddenly the things that mattered most were wellness, communication, diversity, and access. These are the core principles that Michael Kearns infused into his globally remote cloud company, Virtasant.

It starts with a remote office, absent of walls and geographical limitations. Next, is a work culture built around outcomes instead of processes and procedures. “Communicating expected outcomes, measuring against those expectations, and providing regular feedback is the far superior way to measure productivity,” says Kearns in the article he penned for Virtasant’s company blog.

This outcome-driven approach also instills empowerment among employees, allowing them to own the entire life-cycle of their projects without being forced to fit into a company-mandated work model. What works for an engineering team may not work for a marketing team. When what you deliver matters more than how, the focus shifts to creativity, innovation and results.

The remote work model, which saw a 158% increase after COVID, also provides the freedom to choose the best candidates and not just the best local candidates. Breaking down this limiting geographic barrier means the hiring pool is more extensive and more diverse. With a network of over 4000 technologists, engineers and business professionals working for Virtasant from over 130 countries, they are one of the largest and most diverse cloud companies in the world. Removing the need for a commute to and from work also allows Virtasant’s company demographics to include parents and caretakers in a way that traditional offices often cannot. The need to step away from work to care for a child or assist a dependent family member doesn’t stall work or disturb co-workers.

Why Diversity Matters Most

Virtasant prioritizes diversity as an innovative tool and a necessary part of the company’s DNA. This priority is partly because of the extreme lack of inclusion and diversity that still exists in the tech industry as a whole. Areas of technology that aim to support marginalized communities include protecting women and non-binary people from harassment and software tools that prevent unconscious bias in hiring are just a few examples that require creators and innovators with experience to be most effective.

Diversity and inclusion are embedded in Virtasant’s work culture because of their remote work model. Kearns explained why this model evens the playing field that once limited access to high-paying and sustainable jobs. “When limited to a local pool of talent, recruitment efforts can miss entire demographics,” Kearns explained, “When you expand your talent pool to the whole world and offer flexible work scenarios, you have a much better shot at building that all-star team you need.”

As an early first step towards creating more access to opportunities, Virtasant launched their first scholarship effort led by their Head of Content, Ashley Simpo. The scholarship is offered to students from the most underrepresented communities in technology, including Indigenous/Native, Black, Latinx and LGBTQI communities. Their first award was announced in January of 2021, and their second award will be announced in early June. Their first winners, two high school seniors and one college student, were all women, each who wrote essays about how they want to use technology to change the world – and more specifically, their communities.

The Cloud is Leading Innovation

What’s next for Virtasant is growth and cloud cost evangelism. Their recent webinar with the FinOps Foundation was a call to action for all businesses in the cloud to understand where their money is going. When explaining the crux of the cloud cost issue, Michael reflected on the rapid increase in cloud spending that is already in the billions of dollars. “The stakes get higher and higher. So, this idea of how you can overcome these barriers becomes more and more important.” Virtasant leads the conversation about cloud optimization and offers automated tools for companies to analyze and reduce what they spend with cloud providers like Amazon (AWS), Google (GCP) and Microsoft (Azure).

The opportunity in the cloud goes well beyond technological innovation and business advancement. It provides a gateway for organizations to be impactful both with what they create and function and who they can hire and serve. Virtasant, a company built in the cloud and innovating in the cloud, aims to ensure that pathway remains accessible.

The Lingering Effect of Blind Spots in the Cloud