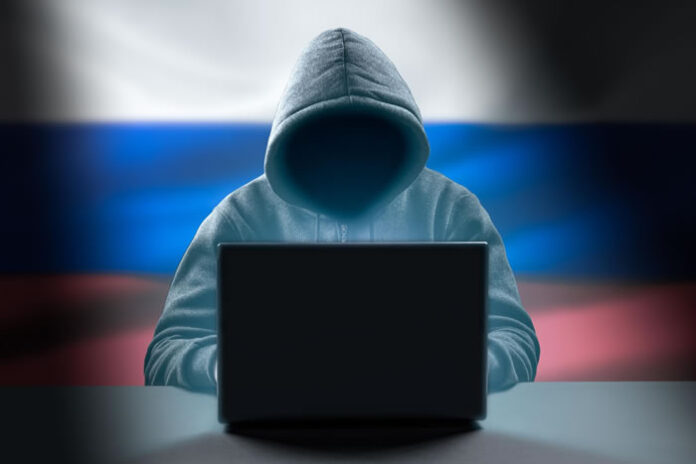 Thanks to Russian President Vladimir Putin’s sophisticated international propaganda machine, his reign as this era’s new and would-be tsar in Moscow is often portrayed as being nigh on impregnable, enjoying the mass support of the Russian people, and being able to successfully quash any dissenting voices through the former KGB agent’s ruthless politicking and use of state institutions to silence any opposition to his rule.

But not everyone has been cowed by Russia’s new strongman, and there are many Russians who are willing to stand against Kremlin propaganda, misinformation, and outright censorship. Amongst them is tech entrepreneur and youth activist Aleksandr Litreev.

To maintain control over Russian state and society, Putin’s Kremlin has increasingly clamped down on internet and media freedoms, even punishing journalists who are seen to step out of line. For example, Marina Ovsyannikova was found guilty of an “illegal protest” after she interrupted a prime-time television broadcast on Russia’s Channel One to protest Putin’s aggression in Ukraine, carrying a sign saying: “They are lying to you.”

While Ovsyannikova had a relatively soft landing and found employment elsewhere with a German broadcaster, others have not been so fortunate.

Early on in Putin’s reign in 2006, journalist Anna Politkovskaya was shot dead in the elevator of her apartment building in Moscow. She was a known critic of the president and had long opposed his war in Chechnya, with the Chechen capital of Grozny described by the UN in 2003 as “the most destroyed city on earth” – a testament to the Russian leader’s willingness to use extreme violence to get what he wants. Sadly, for Politkovskaya, her reporting on the Kremlin’s atrocities likely led to her untimely demise.

Litreev’s experience with Putin’s state can also be said to be chilling. The 26-year-old blockchain software developer first became politically engaged after following the campaigning of now-jailed Russian opposition politician Alexei Navalny in 2017. Having studied software engineering at university, Litreev offered his services in the field of cybersecurity.

Since 2012, the Kremlin has maintained a so-called “single register” which is essentially a state-endorsed blacklist of internet content deemed dangerous for public consumption administered by Roskomnadzor – Russia’s telecoms regulator. While this began with simply filtering websites about narcotics production methods, terrorist materials, and child pornography, it swiftly evolved into a tool for censoring anything deemed to be troublesome by the state, including political dissent.

This ultimately led to a 2020 judgment by Europe’s top court, the European Court of Human Rights, that censured Russia for blocking access to opposition websites and materials, including by blocking access to famed chess grandmaster and dissident Garry Kasparov’s website.

While Putin could (and did) simply ignore the rulings of a foreign court even as he engaged in a wholesale campaign to politicize Russia’s judiciary, that did not mean that Russians like Litreev who cared for their freedoms would allow him to continue trampling on their rights without any pushback.

After seeing how Putin’s cronies were cracking down on protesters and the state had been steadily enhancing internet censorship, Litreev decided to lend a helping hand and put his software development skills to good use. This ultimately led to the development of Red Button – an app that allows activists who are being arrested to transmit a GPS signal to their families while also alerting a nationwide team of lawyers, one of whom would be immediately dispatched to render legal assistance.

The app was a wild success, racking up millions of downloads from a populace that was keen to take action to ensure their voices were heard, but were increasingly afraid to stand against the Kremlin for fear of being incarcerated, beaten, or worse.

But, and unfortunately for Litreev, with success comes attention – and a certain level of notoriety. After having spun up a litany of proxies to assist everyday Russians in circumventing Roskomnadzor’s attempted ban on messaging app Telegram and then setting up an Estonia-based VPN service, Litreev’s incessant facilitation of Russia’s growing cyber rebellion led Moscow to act against him.

In early 2021, on a trip back to his native Russia, the tech whizz was pulled over by police. Although he cooperated with the officers, he refused to unlock his phone as he had not committed a crime. Their response was to beat him almost to unconsciousness before hauling him away to a Russian police station and magically making a bag of MDMA appear and beating a confession out of him.

When Litreev was released back to house arrest awaiting trial for his trumped-up drugs charge, he contacted the Estonian embassy who granted him asylum, and a network of helpers smuggled him over the border to safety.

Undeterred by his encounter with the ugly underbelly of state power, Litreev has since used the experience to further fuel his ambition to break censorship in oppressive states once and for all, and not only in Russia.

Now safely in Estonia and heading up tech start-up SOLAR Labs, Litreev is working on a decentralized VPN network that allows users to use their spare bandwidth to create a VPN node, with anyone using that node paying in cryptocurrency tokens to benefit the node supplier and the user. This makes for a truly decentralized experience that is almost impossible to bring down, as the network is not controlled by any one individual or organization.

If Putin thought brutally battering Litreev would be like tweezing a particularly nasty thorn out of his side, the beating in fact only served to further embed Litreev into the strongman’s ribs. Putin – and other oppressive authoritarians – are about to learn the hard way why censorship never works.