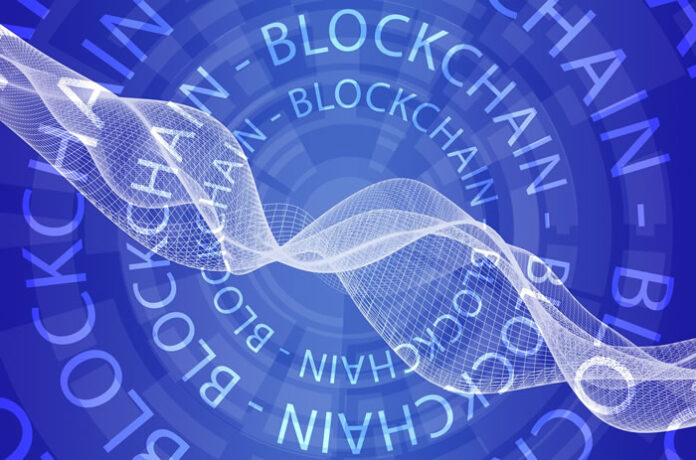 A quick search on “the problem of journalism today” returns results that speak to issues of balance and bias, trust in the press, and, of course, the unabating and pervasive problem of “fake news.” An article published in The Washington Post reads, “The crisis in local journalism has become a crisis of democracy,” and other sources ponder, “Does journalism have a future?”

The answer could lie in blockchain, the technology that is usually reserved for circles discussing cryptocurrency or supply chain integrity. But applying blockchain technology to journalism may very well generate the results that the public is demanding in terms of content integrity and a decentralized publishing platform.

Blockchain can be an elusive technology for the average person to understand. A great–and very simple–example of what blockchain technology does is offered by The New York Times, with the author of the article asking you to look at a coin dancing on the screen in front of you. Now, note that this coin–which is being displayed on your screen and therefore cannot be touched or held by you–is a crypto coin. The coin, unlike a real coin, doesn’t have an actual physical presence that you can hold. But, like a real coin, it does represent value. Every movement that the coin makes, and the movement of every other coin like it, is being constantly recorded and updated in a shared ledger. The name of this ledger is …blockchain!

If you’re a person who benefits from more specific, technical details, then a more complex definition of blockchain, providing by Blockgeeks, is:

“A time-stamped series of immutable records of data that is managed by a cluster of computers not owned by any single entity. Each of these blocks of data…is secured and bound to each other using cryptographic principles.”

What Is Blockchain Used for?

Blockchain is usually used for making and tracking money, but it has a variety of applications. For example, blockchain technology is being used in supply chain management to record product status at each stage of production, allowing a company to see where each kernel of oil (or whatever other material or product) comes from. It’s a way to provide transparency and tracking efficiency, logistical improvements, and information. The most prominent use of blockchain, though, is still in regards to cryptocurrencies. Blockchain enables the existence of various cryptocurrencies by confirming transactions that occur involving the currencies without a central authority; everything is peer-to-peer.

The Use of Blockchain in Journalism – What? How Does that Work?

If you’re scratching your head at how blockchain could be used in journalism, you’re not the first person to do so. The idea is relatively new, and has raised a lot of questions about the range of uses of the technology and its ability to be applied to numerous different applications.

With that in mind, experts have found that blockchain technology may be used by media organizations in three key ways:

Why Does it Matter?

As stated above, the problems associated with journalism today are rampant. One of the most pressing issues is that of fake news – news that is either created and advertised but that it totally made up and has no basis in reality, or news that is labeled as fake but is actually true, but perhaps doesn’t have indisputable data behind it that’s accessible on a large scale. Many claim that this wouldn’t happen if news wasn’t being published for profit. Even Elon Musk has stated that he wants to fix journalism and media mistrust. Indeed, there is a journalism crisis at large.

The three uses of blockchain technology by media organizations may provide benefits in a number of different ways, including:

There’s More to the Story

Blockchain technology may indeed offer benefits when applied to journalism – being able to track sources and verify publications is clearly valuable. But some experts warn that just lauding the benefits of blockchain technology doesn’t tell the full story. To be sure, an article in The New York Times titled, “Alas, the Blockchain Won’t Save Journalism After All,” raises concerns about people’s confusion surrounding blockchain technology and the process of buying tokens, the fact that there is a culture in place that limits people from buying into blockchain technology unless they believe that they can make money, and a lack of blockchain relevance to the average consumer. The Columbia Journalism Review raises another concern: whether or not the journalism community can address the inequities associated with uneven distribution of tokens and ask the hard questions to ensure that the technology isn’t only accessible to few, and that the technology is used for the benefit of public interest. These issues are very real, and perhaps daunting, but not insurmountable.

Part of the Solution, but Not All of It

For now, repairing and restoring trust in journalism is likely to require cultural shifts driven by a combination of remedies, including public demand for transparency, deliberation and thought in the way consumers choose news, and trustworthy reporting that goes beyond just getting the “scoop” and gets to the heart of influence in America. Blockchain may be part of that solution, and does show promise in ameliorating the problem of trust, monetization of news, and ethical governance. However, until consumers become more familiar with the technology and more willing to invest in it–which will come with trust and understanding–it’s unlikely to be a viable solution on its own to the problems that journalism is facing. However, we can all agree that us citizens must stop the “spin and fake news” and overall dissemination of disinformation from new sources via social media.

How Blockchain Will Change Business Forever

How Do You Know If It’s the Right Time to Start...