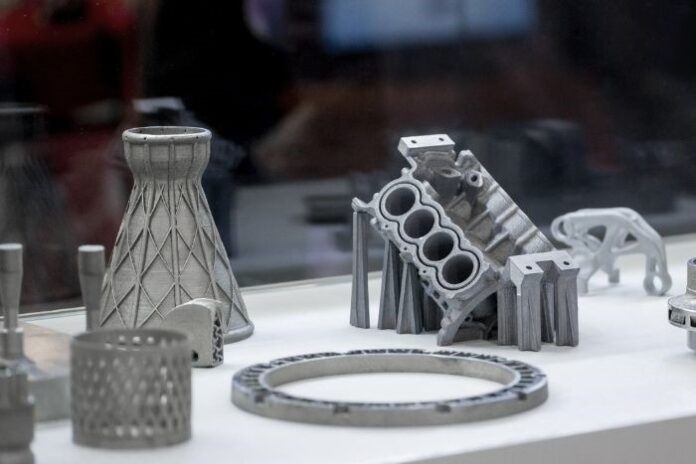 The word “revolutionary” has been used so often in commercials that it’s lost all meaning, just when a technology comes along that deserves it. 3D printing has been a game-changer since the ’80s, and we’ve only had a taste of what it can do. No one knows what the future of 3D printing holds entirely, because each success builds on the last. But what’s in the works seems pretty revolutionary.

3D printing technology is already being used in almost every industry because of its most obvious benefits. Not only is it a manufacturing method that’s faster, cheaper, and consistently more reliable, but it can create more complicated projects that opens up an entire world of possibility for design.

As each industry discovers how it can advance with 3D printing, articles pop up to herald extreme feats, like the world’s largest 3D-printed building (Dubai, 2019, 6,900 square feet,) the smallest 3D-printed sculpture (Germany, 2015, the diameter of a hair,) and the first 3D-printed food! (Cornell University, 2006, chocolate.) Well, if none of that has caught your attention yet, maybe this will:

The medical industry immediately grasped the capabilities of the technology, customizing tools for surgery, and creating limb prosthetics unique to each patient. Now everyone is holding their breath for the day that we can use living tissue to 3D print human organs. They’ve already had success, technically; in 2019, a team at Tel Aviv University printed a heart complete with cells, blood vessels, ventricles, and chambers. The only reason it didn’t make a bigger media splash? It’s about the size of a rabbit heart. Still, it won’t be too long before organ donor waiting lists are a thing of the past.

The auto industry is already taking advantage of 3D printing to make plastic components for cars that are lighter for cars yet less expensive. But of course, everyone just wants to know when they can print their own speedster. The race is on: the design firm XEV has a working, 3D-printed prototype with just 57 component parts that weighs under 1,000 pounds. Keeping pace is the new company Czinger, which has announced its 21C, a 3D-printed “hybrid hypercar.” COVID-19 has slowed progress, but no one has lost interest.

Two Mexican construction companies, Icon and Echale, have teamed up to 3D-print homes for 50 needy families; they can complete each within 24 hours with one giant printer, and the homes will last for years. In China, the company Winsum has turned to recycled materials to construct their homes, which brings the cost of home construction under $5,000. And the question isn’t just what the future of 3D printing holds for the world; NASA has already awarded a prize for a home that can be constructed on Mars, using only materials found on the planet’s surface.