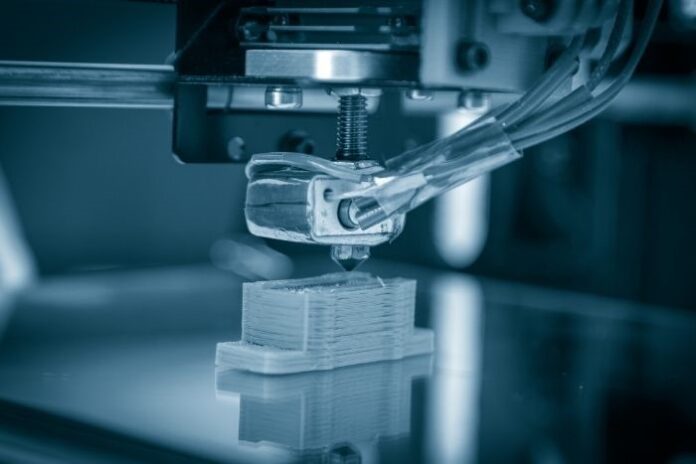 It’s startling to think that something we can own at home—a 3D printer—is also used on an immense scale to expand our understanding of the universe. There are so many ways that 3D printing helps us explore space. These are just a few of the applications.

You can see 3D printing in action right now on Mars. In February, NASA’s mission carried the rover Perseverance, which has 11 parts made with 3D printing. Additive manufacturing works layer by layer, like a papier-mâché art project. The results are lighter, cheaper, faster to make, and stronger than traditional production methods. Perseverance is exploring the Red Planet with metal printed parts, but there are plenty of plastics that can optimize construction, too.

The process is nothing new for rocket science. SpaceX and Boeing use hundreds of 3D printed parts in their spacecraft that would otherwise be prohibitively expensive to manufacture. 3D printing can also handle more complicated designs, reducing the number of parts required. Because they don’t have to be welded together, the structure is safer. Now, the world’s first entirely 3D printed rocket is ready to go. Relativity Space created the Terran I for low-earth orbit. Dedicated missions would cost $12 million, making it among the most cost-effective launchers. Terran I is slated for its first launch in late 2021.

3D printers can even operate in a vacuum. If a repair needs to be made on the moon, a printer can create the necessary tool. Astronauts can create what they need with the materials already present on planets without having material shipped to them. And with microgravity, 3D printers can actually make structures that wouldn’t be able to support their own mass on Earth. An architectural agency has already received NASA’s stamp of approval for their design for shelters on Mars that use only materials found on the planet’s surface. There’s potential for 3D printed landing pads, roads, hangars, and more.

3D printing can create food, although there’s no official word on if it’s the tastiest. NASA invested $1 million to develop a way to 3D print a pizza in space. It makes for good publicity, but also has potential for the future. People can store the ingredients for 3D printable food in cartridges that slow spoiling dramatically. That means the food could be stored and available for decades as astronauts go exploring out further. Even more exciting, the medical world is close to 3D printing organs with human tissue for transplant. That could be the most revolutionary way that 3D printing helps us explore space—by allowing us to stay indefinitely. Soon, we might have the tools for generational space travel.

How Ball Screws Are Used in 3D Printing