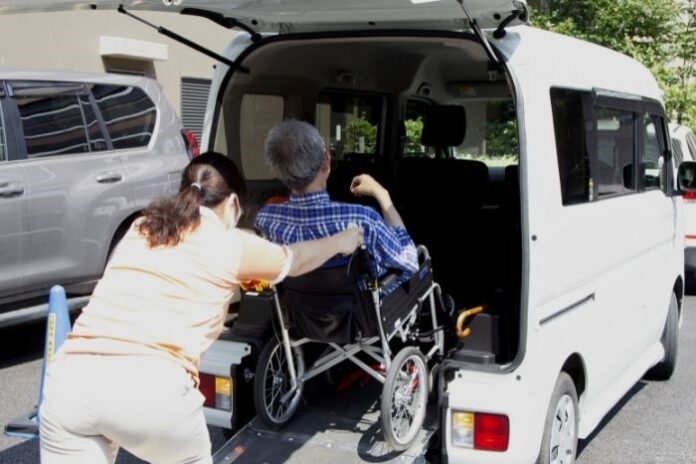 Since the 1970s, US laws have striven to make society more accessible to its citizens with disabilities. The law protects people’s rights to an education, accessibility to public buildings, and telecommunications. We are now seeing amazing tech innovations to improve accessibility.

Even so, accessibility isn’t always the reality for those with disabilities. Simple everyday tasks such as navigating one’s environment or communicating with others are often still a challenge. However, companies are creating new every year to continue bridging these gaps.

When we walk into areas with which we are not familiar, we often rely on our sight and landmarks to navigate. However, this becomes a challenge for those who are blind or have poor vision. In 2017, Microsoft developed an app called “Soundscape” to meet this challenge.

Soundscape works similarly to GPS navigational apps. However, instead of relying on a visual map, the app informs users of surrounding landmarks using audio cues as they travel on foot. Users can also set audio beacons for landmarks that have a personal significance, such as a bus stop or street corner. This helps build confidence to travel even in unfamiliar areas.

Innovations in transportation such as improved wheelchair-accessible vehicles have allowed those with impaired mobility to travel further than ever before. However, too many find that even when they arrive somewhere new, they can’t go further than the pavement.

This is where all-terrain wheelchairs come in. These are chairs designed to be taken off-road to reach places that aren’t usually accessible. Examples include:

All-terrain wheelchairs open the door to recreational activities that were not considered accessible before, as well as more work opportunities, like working in outdoor sectors.

There are between 250,000 and 500,000 people who use American sign language out there. But with well over 300 million people in the US, it can be difficult for those with impaired hearing to make themselves known.

That is why an organization called MotionSavvy has created a piece of innovative software called Uni. Using a tablet with a specially created camera, Uni captures a user’s hand movements as they sign words and translates them into written and spoken speech. It can also take spoken speech and translate it into written words, allowing a hearing and non-hearing person to communicate with ease.

Often, the greatest obstacle in social interaction for those with disabilities is not a difficulty in understanding but in communication. These individuals can speak, but those around them have trouble understanding them. The company Voiceitt that creates technology to improve accessibility for those with speech difficulties created an app called Talkitt. Talkitt is a “speech to speech” app that allows those with impaired speech, such as those with cerebral palsy, Parkinson’s, or autism, to speak into a device and have their words translated.

With all these tech innovations to improve accessibility, it is certainly great to see these advancements.

Why Emotional Intelligence in a School Curriculum?