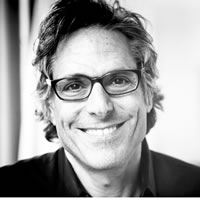 Serial Entrepreneur and angel investor, Steve Gottlieb is the Founder & CEO of Shindig, a patented video chat technology that enables the rich dynamics missing from standard video conferencing. Their latest product, Watercoolr, exemplifies the company’s nimbleness within the market. As a response to the pandemic and the resulting hybrid workforce, Watercoolr is designed to help organizations combat increasing fragmentation, siloing of critical information, and isolation of team members, bringing innovation and operational efficiency back to the office.

The limitations on the ability for participants to privately chat with one another or have full ability to act autonomously within a large-scale virtual event causes user frustration most commonly understood as “Zoom Fatigue.” Shindig alleviates this by allowing for all to initiate private conversations without necessarily having to leave the entire experience for a “breakout” session. Instead, they can whisper, sidebar, or confer with co-workers without disturbing others in the broader group experience.

Before Shindig, Gottlieb was the founder of TVT Records, one of the largest and most successful independent record labels in US history. Throughout its 25 year history, the label released over 25 Gold, Platinum, and Multi-Platinum albums. Gottlieb discovered and spearheaded the careers of artists including Nine Inch Nails, Ja Rule, Lil Jon, Pitbull, Sevendust, Yo Gotti, Brian Jonestown Massacre, and KMFDM among many others.

Gottlieb has been recognized as a pioneer in the digital exploitation of music. He appeared before the House Judiciary Committee on Digital Music Rights and has been a pioneering deal maker providing hit content to an array of music startups initially denied access to music from the Majors. Under Gottlieb’s leadership, TVT was the first label to make its repertoire freely available for download in 2000. TVT was also the first label to settle with Napster and authorize their distribution of TVT copyrights. TVT was one of the first labels to authorize subscription services Rhapsody, eMusic, and others.

Gottlieb was a cofounder of A2IM, the association of American Independent labels, and served on the Board of Directors for MusicMatch (acquired by Yahoo). Gottlieb has invested and advised many companies throughout his career, including TuneUp Media.