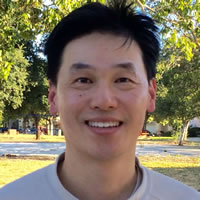 Dr. Milton Chen is the co-founder and CEO of VSee, the only video telehealth software good enough for the NASA International Space Station, how astronauts see their doctors everyday.  VSee customers include TelaDoc, MDlive, Walgreens and 1500+ others.  VSee investors include Salesforce.com and IQT.

Dr. Chen is also the creator of the Telehealth Secrets Conference – that brings together the thought leaders of digital health to Silicon Valley each October to reflect past mistakes and the secrets of future success.  Dr. Chen has given over 100 invited talks and was appointed by the Crown Prince of Dubai to serve on the healthcare futures council.

Dr. Chen did his PhD at Stanford University on the design of video collaboration – the science behind creating trust when communicating via video vs. audio vs. chat.  He was the co-author of XMPP video standard (XMPP is used by Google and Facebook Messenger).  He has deployed vsee for Hillary Clinton, Angelina Jolie, the rock band Linkin Park, UN Secretary General Ban Ki Moon, and President Obama’s Inauguration.  Milton has also worked in numerous refugee camps, include traveling to Iraq and Syria deploying telemedicine.  Dr. Chen has won numerous awards including DEMO God at the Demo Conference and the Grand Prix at the Japan Ministry of Economy and Trade Grand Aging Summit.