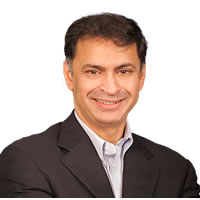 Keyur Patel is the Founder and CTO of Arrcus. Keyur brings 20+ years of experience leading and executing complex networking projects at start-ups and market-leading public companies.

Keyur is very active in industry forums including IETF and has authored 50 RFCs and Internet Drafts. He also serves as a co-chair for Secured Interdomain Routing Operations (SIDROPS) working group at IETF.

Keyur holds an MS in Computer Engineering from the University of Southern California (USC) and started his career working as a Research Assistant at USC’s Information Sciences Institute (ISI).