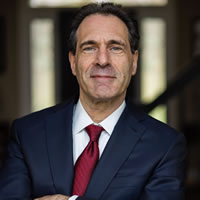 Francis Cianfrocca is Founder and CEO of InsightCyber (2017) and Bayshore Networks (2002), two visionary companies in the Industrial IoT cybersecurity space. He is the inventor of key technologies marketed by both companies. Francis is a recognized IoT industry visionary and evangelist, trusted by Fortune 100 CIOs and CSOs. In his current role as InsightCyber’s CEO, he guides technology vision and strategic direction, manages customer and partner relationships, and directs the executive and technical management teams.

Francis developed a significant following on subjects relating to technology, cybersecurity, and national economic and security policy. He is a noted expert in the fields of data security, computer-language design, compiler implementation, network communications and large-scale distributed application architectures.

He recently led an advanced class in IoT matters for senior policymakers and political/leaders at the National Defense University. He has presented at IoT World Forum, the Industry IoT Consortium, the IoT Global Innovation Forum, the RSA Security Conference, OWASP, ATX Design News, Interop, and ICS-ISAC, among many others.

Francis holds a number of patents relating to industrial cybersecurity and artificial intelligence. He is a strong advocate for open-source software development, with several widely used projects to his credit. An active community leader, Francis has served as a board member for several professional performing-arts organizations, and is a Henry Crown Fellow of the Aspen Institute. He attended the Eastman School of Music and the University of Michigan.