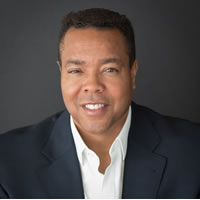 Dwight Harris Jr. is Founder and CEO of DataScalp.

Dwight Harris Jr. is recognized as one of the nation’s most innovative experts in operational transformation and execution. He has resurrected organizations ranging from international conglomerates to public institutions to private companies across a broad spectrum of functions and industries.

Over the past twenty years, he has masterminded dozens of organizational change initiatives—resulting in a track record that’s earned Dwight the reputation of “master executor.”

In 2017, Dwight was contracted by Dun and Bradstreet to help lead the global transformation of the $4.5 billion, 147-year-old company.

Prior to joining D&B, Dwight was recruited to Barclays, a multinational investment bank and financial services company, to lead an initiative designed to limit corporate risk. Later, as the senior operations risk manager at GE Capital in 2013, the financial services unit of General Electric, Dwight challenged existing paradigms and delivered breakthrough solutions.

Earlier in his career, Dwight served as the North American manager of finance and Texas area controller for Air Products and Chemicals, a world-leading industrial gasses company. Dwight began the substantive portion of his professional career working in venture capital.

Dwight earned his undergraduate business degree from University of California at Berkeley and an MBA from Cornell.