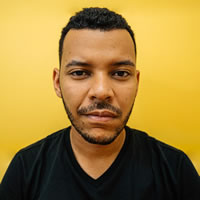 Jose ‘Caya’ Cayasso, Co-Founder and CEO at Slidebean, is a celebrated figure in the tech startup space. Graduating from Universidad Veritas with a Licentiate degree in Digital 3D Animation, Caya has been running tech startups for the last decade. Caya’s journey with startups began in 2011  with the launch of an iOS game called Pota-Toss, which he co-founded and created 3D images and designs for. In the beginning stages of Pota-Toss when Caya and his team were trying to raise capital, Caya pitched hundreds of investors. At the time, Pota-Toss was in concept phase and their pitch deck’s mission was to translate, and ultimately sell, “the dream” and the design of the game to investors.

While Caya was with Pota-Toss, he was a member of DreamIt Ventures, an accelerator in New York. There, he saw firsthand how other CEOs, many of them accomplished founders with incredible companies, similarly struggled with their pitch decks. The experience of living in NYC for the first time, along with being a part of the program, helped Caya realize how much more there was to learn about startups and fundraising. Ultimately, Caya’s personal experience with trying to raise capital, combined with the struggle he witnessed of other CEOs, taught him what not to do, and ignited in him a desire to create the fix for startup pitch decks. Caya saw an opportunity to create a platform that helps develop and create pitch deck writing and design.

With personal experience in the startup world, from leading and growing a company to raising capital and participating in accelerator programs like 500 Startups and DreamIt Ventures, Caya was interested in translating his experience to a new venture in pitch deck creation. In 2014, Caya and two other partners co-founded Slidebean, an all-encompassing fundraising toolkit for startups, offering resources from a pitch deck builder, to financial modeling, and investor tracking. A venture-backed company headquartered in New York City, Slidebean closed its first seed round in 2016 and has since become a multi-million dollar, profitable, tech company that continues to rapidly expand.

Caya’s skills in film, tech, storytelling, and design/animation intersect and come to fruition with Slidebean. These assets enable Caya to help startups tell compelling stories with their decks. Caya is a hands-on creator, leader, and storyteller who has worked directly with over 1,000 Slidebean customers, assisting with their pitch deck writing and design. For Slidebean, Caya directs, and stars in, most of Slidebean’s YouTube videos, including the recurring Ad. Slidebean’s YouTube channel, which currently has 315k subscribers, posts videos twice a week, and gets close to a million monthly views. When Slidebean’s YouTube channel first launched, Caya also animated and edited the videos himself.

Caya’s background gives him unique insights into the needs of seed-stage companies. This understanding helps him oversee Slidebean’s own roadmap, strategy, and growth marketing efforts. As a leader in the space, Caya has earned recognition as a ‘40-under-40 Costa Rican Innovator’ in 2012, and has had several opportunities to guest speak at over one dozen startup and tech conferences around the world, including TEDxPuraVida.

Through Slidebean, Caya’s mission is to make pitch decks and the investment process seamless. In Caya’s experience, for some CEOs and entrepreneurs, pitch decks seemed like a hurdle they could not solve by themselves. Now with Slidebean, Caya hopes to be that extra help and go-to tool kit companies utilize when they need investors to say “yes” to their next big thing.

When Caya is not working on Slidebean, he enjoys film and photography, and considers himself an amateur photographer. Caya often shares his photography on his personal Instagram. In addition to media-related hobbies, Caya enjoys getting outdoors to go on hikes, travel, and play tennis. 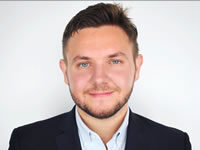 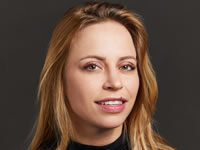 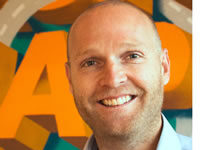