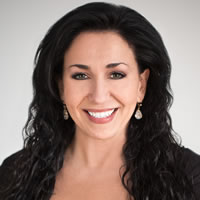 Amy is the Managing Partner of REES Capital, an angel investing firm. Amy has been a contributor to both Forbes and the Huffington Post and is the author of the newly released book, “What Awesome Looks Like: How To Excel In Business & Life”. She is an in-demand keynote speaker, and an invited lecturer at a number of Universities.

Prior to founding REES Capital, Amy Rees Anderson was formerly the founder and CEO of MediConnect Global, Inc., one of the largest cloud-based health information exchanges. In March 2012, Amy successfully led MediConnect to being acquired by Verisk Analytics (VRSK) for over $377 million.

Upon selling her company, Amy founded the IPOP Foundation (In Pursuit of Perfection), a charity focused on helping promote, educate and perpetuate entrepreneurship as a pathway to self-reliance.

In 2018, Amy partnered with the Center for Growth and Opportunity at Utah State University to launch the Amy Rees Anderson Academic Entrepreneur’s Program.

Amy has been the recipient of a number of prestigious awards which include receiving the prestigious Ernst & Young Entrepreneur of the Year Award, being named CEO of the Year, and being the first women to be named BYU’s Entrepreneur of the Year. Amy has been featured on the cover of Inc. Magazine, in The Wall Street Journal, USA Today, Fast Company, Bloomberg, Businessweek and many other national publications as a result of her many accomplishments. In 2015, Amy received an honorary PhD.