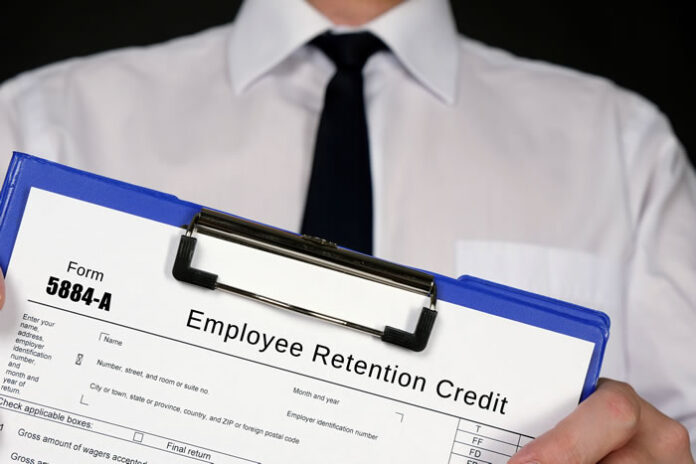 If you were to ask the average citizen regarding their perspective on corporate tax credits & incentives (C&I), I believe the overwhelming majority of answers would come back to Amazon HQ2 and the idea of “corporate welfare.” For anyone who is unfamiliar with HQ2 and corporate welfare, when Amazon began the planning for HQ2, it quite publicly propositioned all states to put forward competing C&I packages for the tech and retail giant’s second headquarters. This process resulted in many leading political and media voices criticizing the packages as corporate welfare. The backlash grew so loud that many proposed packages were withdrawn including the one that had been selected the winner by Amazon (the package would have seen the final HQ2 in New York.) This is why the employee retention credit represents the best in capitalism.

Understandably, many organizations have begun to shy away from announcing their C&I fearing news outlets will perpetuate this dangerously incorrect story of “corporate welfare.” As a result, standard practice in virtually every tax advisory, whether large or small, is to recommend discretion to clients regarding the announcement of any C&I package received. This means that a difficult cycle has emerged:

1. The prevailing story is that these evil big companies are making backroom deals to bilk taxpayers while keeping their CEOs and Presidents billionaires (never mind the shareholders which are largely made of up retirement funds).

The truth is, C&I embodies the very public-private alignment to create a better world. A huge amount of the progress made in solar technology was created by C&I, not to mention electric and hybrid cars, there is also the lifesaving Covid-19 medication Remdesivir that was developed through the Federal R&D Credit and has since been priced well below market value. Even Amazon HQ2 itself has 1,000 employees living in Virginia still employed with well paid, COVID proof white collar jobs providing the money with velocity any local economy needs to survive. This is why C&I represents the best in capitalism.

And it’s not just big companies either.

Let’s talk about the Employee Retention Credit (ERC.) ERC is a fantastic tax credit which came about through the omnibus COVID relief packages. What it does is provide a refundable credit of up to $7,000 per employee retained per quarter for businesses that were materially affected by EITHER lockdown or COVID. So if you’re a small California restaurant owner/operator with a staff of 15 and managed to survive lockdown by upping takeout, spending huge sums of money to create outdoor dining, and cutting your own salary…you could be in for a cash benefit of $300,000+ (NOTE: because ERC is refundable, that means you do not have to have a liability or revenue to offset – refundable credits like the Federal R&D credit are as good as cash.) ERC stacks with PPP which is not to mention the fact that it is not a loan so does not carry the same ongoing reporting requirements. Speaking of PPP, let’s compare:

Most organizations that were able to receive PPP received sums which will be much smaller than their ERC incentive. Furthermore, the media coverage of PPP was extraordinary! Major coverage, regional coverage, guides on pursuit – rightfully so, the US popular conversation very much involved PPP. Yet the conversation today fails to include what is, by all accounts, a much stronger source of economic stimulus in the form of ERC.

I believe that the lack of coverage for ERC (and resulting paucity of eligible businesses pursuing its receipt) is connected to the greater misunderstanding around C&I. We have fallen for the lazy, incorrect story that paying taxes = good and not paying taxes = evil. This is of course, not remotely true. Taxes are intended by our representative government to fund the unprofitable activities necessary in keeping society successful. What C&I does is establish non-government outlets which produce those same activities without direct government oversight. Take ERC for example – if a business was able to retain employees despite losing revenue, then they were ostensibly able to keep those employees off of unemployment. So rather than absorbing the cost of unemployment, government is able to utilize private business and defray the negative impact through ERC. It is the very definition of win-win.

My conclusion then is twofold. First, do not fall victim to the lazy story of corporate welfare. Capitalism is a much more complicated system than autocracy so the mechanisms which incentivize and de-incentivize various entities are often complicated as well. Secondarily, and perhaps more to the point, make sure that every single business owner you know has thoroughly looked into the Employee Retention Credit (there is a Canadian counterpart called the Canada Employee Wage Subsidy or CEWS which is extremely similar to ERC.) For businesses that did their part and kept people employed during the depths of COVID and lockdown, this credit is the material recompense that they deserve. These are some thoughts on the best in capitalism.