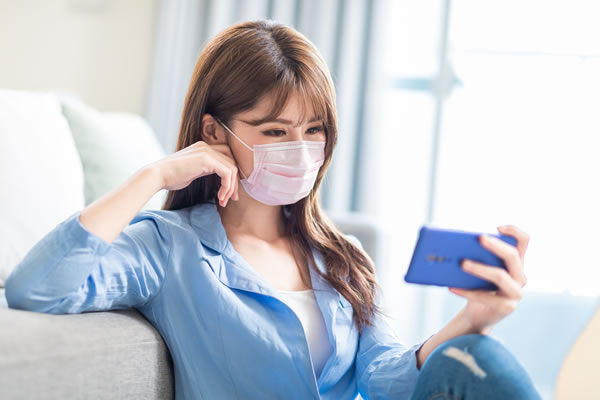 In medical school and residency physicians are taught how to give patients proper informed consent before any medical therapy or surgical intervention.  As an OBGYN, the women I take care of need to know the, risks, benefits, and alternatives to surgery.  If I don’t educate my patients on the options, they can sue me for malpractice.  If I am negligent with my care, I can lose my medical license.  In healthcare we abide by codes of conduct, we are governed by our credentialing panels, state agencies, specialty organizations, and we are required to pass core competencies before we get into practice.

Physicians take the responsibility of caring for our patients and communities very seriously.  We work diligently to stay up to date with the most recent literature.  We work hard to create policies that best serve our organizations and keep people safe.

As American physicians watched the international community deal with COVID-19, we were bombarded with information streaming from all areas.  Most of us became involved in groups online to communicate with healthcare workers around the globe.  We were able to ask questions, join chat groups, Facebook groups, and share trials that were ongoing.  There was never a loss for new data.

When COVID started becoming a foe nationally, we were better equipped with information already disseminated.  We talked to physicians in China and discussed the lock down precautions that helped them limit spread.  They made sure to discuss masking and the need for distance.  We read about the PPE, personal protective equipment, that other countries were using to drop off fast food.  Meanwhile, in this country every state dealt with varied instructions on how to go about their daily lives. Some states were less strict than others.

There was a significant and disabling disconnect between what we were being told real time through technological advances internationally and what was taking place around us.  Physicians across the country were reading and gaining experience through their peers, meanwhile the pandemic of misinformation was taking hold in the United States.

In some instances, large tech corporations made claims that all masks, equally protected you from viral particles, and this is not the case.  For health care professionals dealing with aerosolized viral particles, it is critical to avoid misinformation, because that can mean the difference between us getting critically ill and staying active in taking care of patients.

I remember my brother-in-law was phoned by one of his colleagues in China and informed to wear masks, the same day we were told that we didn’t have to wear them.  This dissonance seemed eerie and created a lack of trust between the government and healthcare workers.  The CDC giving information on all mediums that seemingly contradicted the research that was taking place was more than many physicians were able to tolerate.

Misinformation was given oxygen by utilizing social media and the tech that is the hands of almost every adult in America.  If someone tweets, posts on Facebook, Instagram or Tik Tok, these mediums will interface with millions of Americans.  Disinformation has been found to spread more quickly than fact.  It is proven that when information fits with someone’s worldview, it reaffirms their beliefs, they will share it passionately, and work to convince others of its accuracy.

While social media worked against the pandemic response, physicians and healthcare workers were trying to convince people to listen to scientists, doctors, and individuals who swore an oath to keep them safe.  Every time a meme was created, a speech was tweeted, a story how this is a hoax was filtered into the media, we lost people.  We, healthcare workers, fought this war with data, results of studies, and ongoing research, however, the causalities for us were high.  We lost people in this fight.  We also suffered a significant moral injury.

Misinformation everywhere, including the national media, left us with little to no armor to fight the war ourselves.  Not only that, social media actively spread information that got more people sick, brought more into our ICUs, and led to more deaths.

Unfortunately, people often believe the first thing they are told about any disaster.  If you stray from that message it creates a complete lack of trust.  The fact that the media, particularly social media, was wishing this away, and questioning its validity, despite knowing the possible infectiousness of the virus, is an injustice that has hurt the country, and the world.  They used tech, apps, and other media to perpetuate their messages that countered the messaging that doctors were sharing. We were caught in a riptide of disinformation, which in some cases led to our failure.