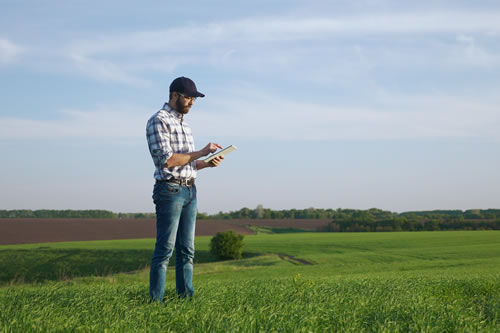 It’s hard to think of too many things as downright American as Route 66. It connected us to the west, it joined rural and urban main streets, and it came to symbolize a post-war economic expansion that led to the longest sustained period of economic growth in our nation’s history.

Route 66 highlighted the significance of the automobile as a technical achievement, but it was also an imperative step for the freedom and mobility that goes hand-in-hand with the increasing accessibility of innovation.

Fast forward to our modern economy where entrepreneurship in general, and a technology start-up specifically, knows no geographical bias. Advancements in technology allows us to collaborate, to build, and to distribute without many of the traditional supply chain and logistics restraints. And yet, while we know that talent is well distributed, opportunity is lacking.

This is very personal to me. Not only because our corporate office sits on a piece of the original Route 66 in downtown Springfield, Missouri, but I strongly believe that the success of locally-grown companies is undeniably connected to the success of the communities in which they operate. So, when I launched CellARide in 2010, I knew I wanted to build a technology company, anchored in the Midwest, that would eventually do business with the largest automakers and marketers in the world. And that’s exactly what we did.

Investing in any early stage company is a numbers game. The win rate is low, the competition is fierce, and the noise level is high. But for those few companies that succeed, the returns typically justify the risk.

Historically, the overwhelming amount of venture capital and equity funding for technology upstarts has been located in the San Francisco Bay area, New York, and Boston. These areas have developed a critical mass of capital, companies, and successes. It is not that ideas coming from those regions are inherently superior, but they do have a depth of experience and resources to make it difficult to compete with.

In the last decade or so, we’ve seen some other hotspots gain momentum. Austin, Seattle, Boulder, and Provo are a few examples of communities showing a concerted and sustained effort to mobilize investment and encourage high-growth companies to play a vital role in their long-term economic development strategy.

Great companies can start and scale anywhere. That is the philosophy we’ve taken with our company. We’ve intentionally cultivated regional investors who share our interest in advancing opportunities in our own backyard. In doing so, we’ve operated with discipline in raising funds and have grown with highly capital-efficient operations. And as more and more companies and communities work together to foster entrepreneurial and investment ecosystems, we’ll see geography play a diminished role in determining the success or failure of new companies.

Over the last few years, I’ve had to establish our own company development roadmap in order to know what stage CellARide is in at any given time. It’s less of a “TomTom” approach and more of a set of guideposts and landmarks. I’ve recently coined the phrase “The Five Speeds of Innovation” and it really helps us remain focused on the road ahead.

If you are like me, the process is part of the fun. It doesn’t mean it is easy. In my experience the challenges make the wins more enjoyable. And the amount of personal investment and emotional fortitude required, make the setbacks particularly painful.

I get asked a lot about the challenges of building a tech company in flyover country, and I respond honestly.  It is one of the most difficult things I have ever done, but there is light at the end of the tunnel. Regardless of where you start, good ideas and disciplined companies can be successful.

In order to be successful though, you’ll have to carefully navigate “The Five Speeds of Innovation” roadmap laid out above. But no worries, I’ve got you covered there too. I crafted the 3 P’s to Innovation Success.

Right now, I’m laser focused on the road ahead. If our technology innovation approach helps pave the way for others who follow in our Midwest communities, then it will be well worth the drive.

Lessons that Inspired Our Company to Emphasize Humans in Technology